In a strange series of events, according to reports from WKRN News 2 in Nashville, as suspicious RV was seen circling the area downtown where the explosion occurred, for several hours. 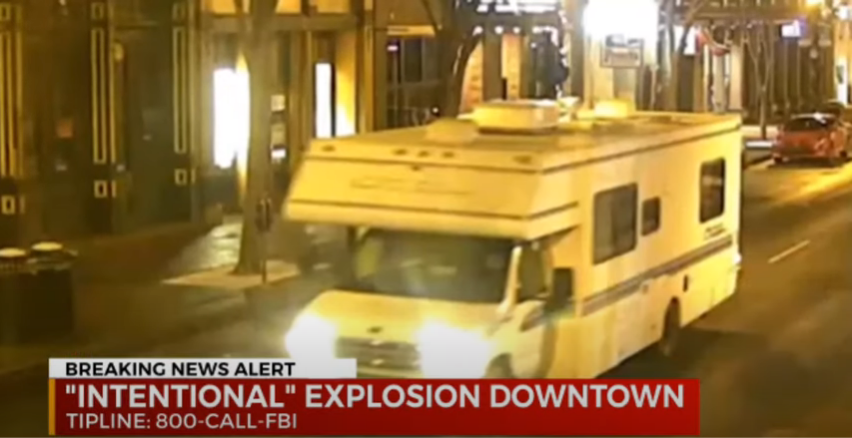 According to reports, there were gun shots, which prompted a phone call to the police. The police, then spotted the RV, which began to broadcast a warning to locals to evacuate the area due to a bomb threat.  Police began evacuating the area, after which the RV exploded, leaving structural damage for more than a complete block with a blast that could be heard for two miles. 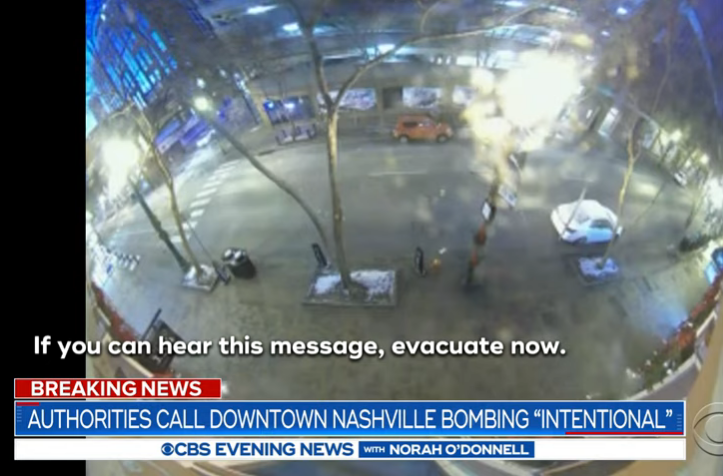 Audio:
IF YOU CAN HEAR THIS MESSAGE EVACUATE NOW

According to the reports from WKRN News, the timeline occurred as follows:

5:30 am shots fired call
6:00am suspicious RV spotted by police
6:15 am audio countdown
6:15am police clear buildings
6:30am RV explosion 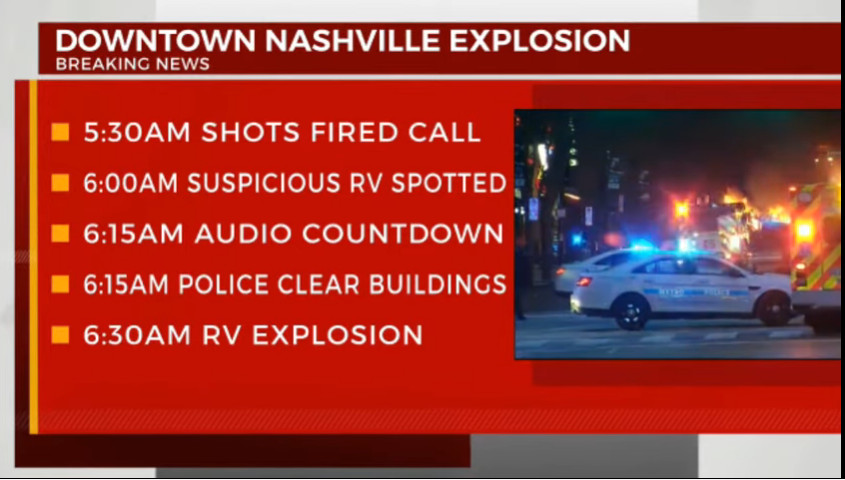 The aftermath of the blast left a scene of complete chaos. It looked as if vehicles were melted.

Austin Kellerman with Nexstar Media provided several different angles of the explosion as it occured.

It is still unknown if this was a lone attack or a coordinated event, nor what the intended motive may have been.