An Austrian parliamentary member demonstrated the defectiveness of the government’s Covid-19 tests by showing how a glass of coke yields a positive result.

In footage from the meeting in Vienna Friday, FPO General Secretary Michael Schnedlitz brings a glass of cola to the podium, from which he proceeds to collect drops to use on an antigen rapid test being used on a mass scale.

According to a report from Adan Salazar with Infowars, the results of the test are described by independent German news site Reitscchuster.de (translated from German):

After going to the lectern and starting his speech, the politician sprinkled a corona rapid test with a few drops of cola. Three minutes later the test showed a result: It was positive. So Coke triggered such a result. 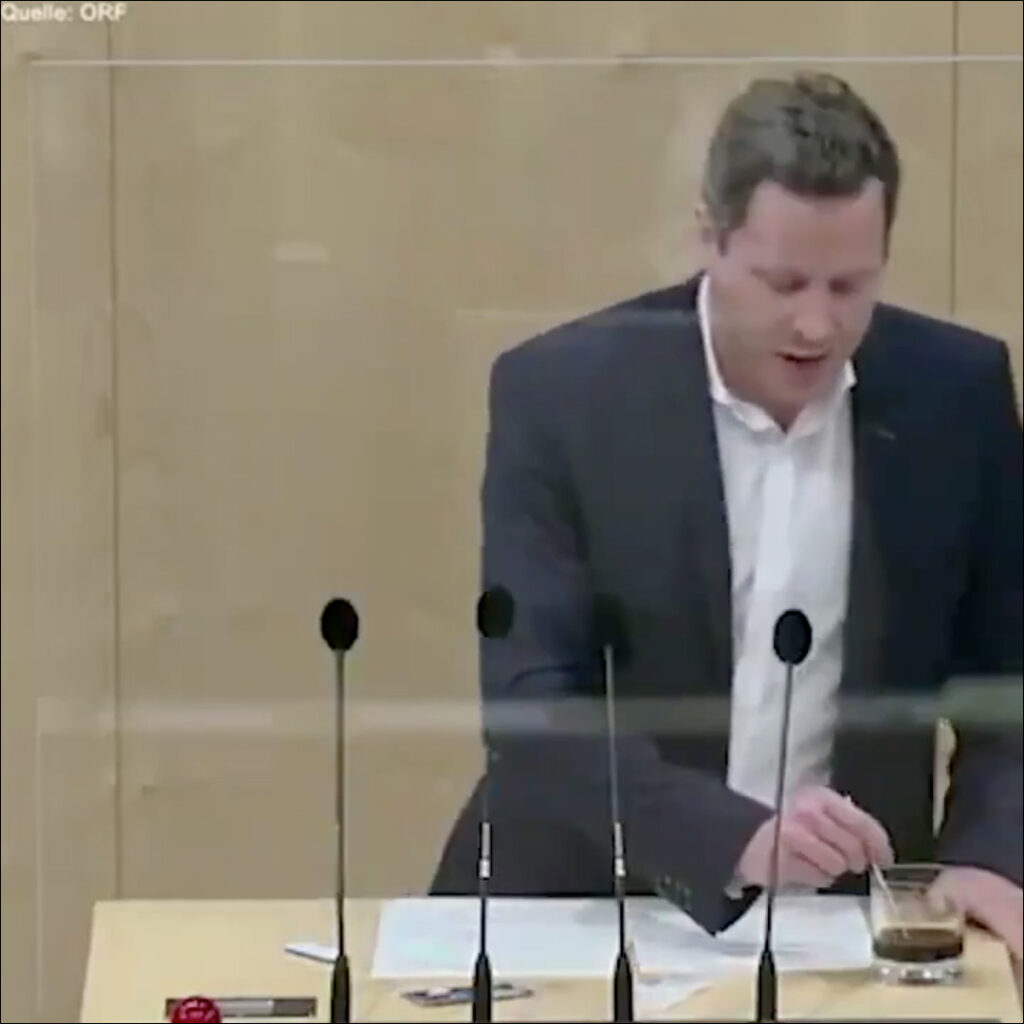 Schnedlitz continued his criticism on Facebook, where he called the tests “worthless”:

“Today I did a corona test live in parliament,” reads Schnedlitz’s post, translated from German. “The corona mass tests are worthless! This was also shown by a simple experiment in parliament, in which a cola had a positive result! But this black-green government spends tens of millions in tax money on precisely these tests.”