President Donald J. Trump has so much energy that many of the young staffers and pretty much everyone in the President’s circle find it hard to keep up with him. This is a big change in the White House from the previous administration, as many White House employees have said that Obama would work from about 10:00 am to 4:00 pm. Not only that, but many members of Congress from the past administration have stated that they were never granted a meeting with President Obama or were ever even able to speak with him directly. In contrast, current White House workers state that President Trump is willing to talk to anybody and will actually listen.  Some Congressmen have even stated that they were surprised to hear President Trump answer the phone when they have reached out in hopes of leaving a message.

The Mainstream Media and the crazy globalists in Hollywood continuously lie about President Trump, calling him lazy and unhinged. Of course, since they live in mirror world, we know that the exact opposite of everything they say is true. So what is the extreme opposite of lazy? It’s High Energy, and that is what President Trump is.

I will personally say that It is completely true that President Trump is difficult to keep up with.  President Trump has had a completely full schedule since he took office, and even following it all is difficult, so I can’t imagine how much work it must be to actually work in the White House along side so much energy.  Embedded here, you will find the President’s current public schedule where you can see how much work he is doing, even while being obstructed at every turn. 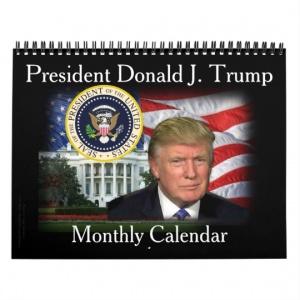