Liberal Hollywood is so obsessed with taking down the conservative populist movement that it’s working on several films targeting President Trump and media icon Matt Drudge.

‘They are evil and deserve to be painted as such, or not painted at all,’ says screenwriter

According to Vanity Fair, Hollywood executives and screenwriters have several anti-conservative films in the pipeline: one called Drudge, another about the origins of the Clinton/Lewinsky scandal called Linda and Monica, and supposedly many others about Trump’s 2016 election.

“There are so many stories and screenplays in Hollywood about how Trump got to where he is that it can feel as though every single breath taken on earth for the past 70-plus years somehow led to November 8, 2016. (And I’m not even including the numerous screenplays being written about Trump himself, like the one based on Michael Wolff’s Fire and Fury.) Magazine features and blog posts and podcasts and tweets are all inspiring 120-page screenplays in Courier type, which are quickly papering the desks of agents and executives all over the city.” 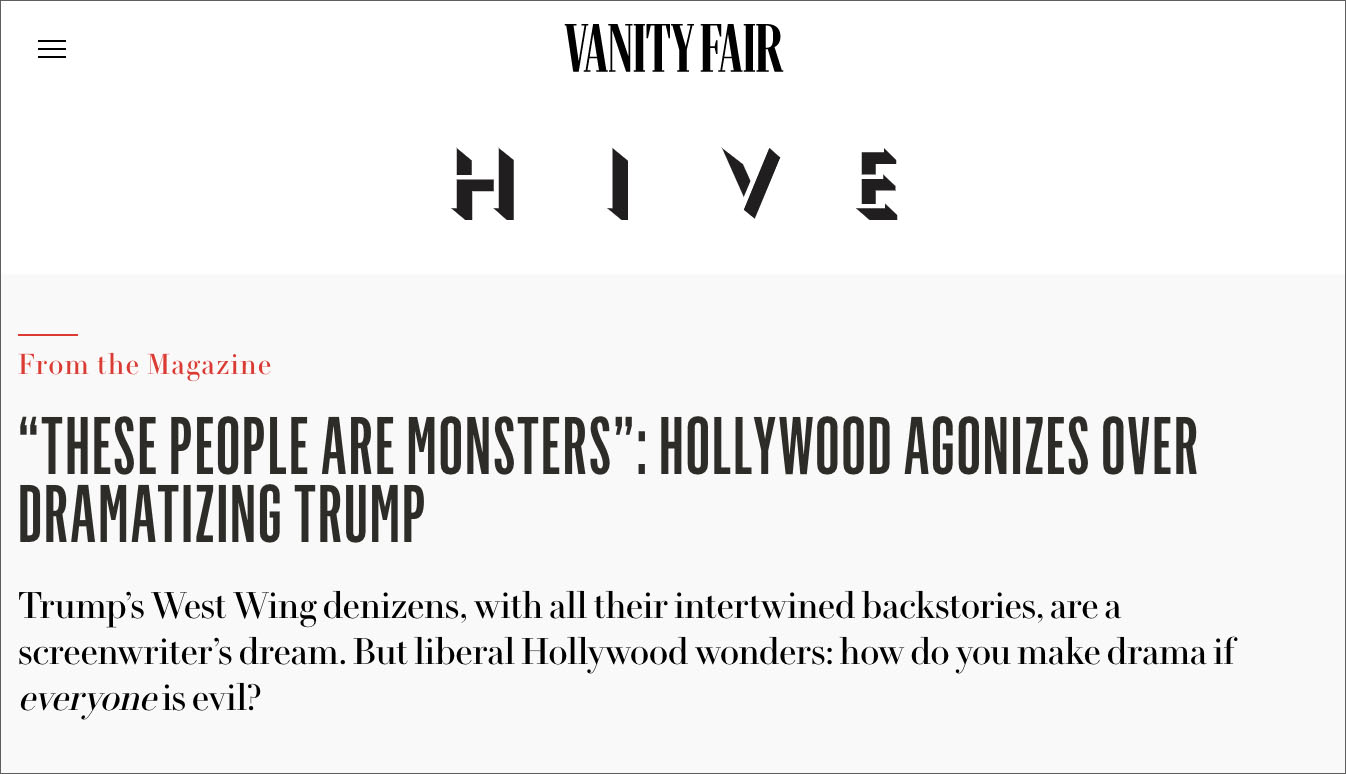 “The current national unpleasantness requires origin stories, and so the content machine is churning them out. Drudge is just one of the scripts that includes the Conways and Coulter, Drudge and Breitbart, and has been hopping from desk to desk of producers and agents in town. There is a comparable scene that takes place in the script Linda and Monica, written by Flint Wainess, which tells the same story from a different perspective but with a similar set of characters.”

However, the likelihood of most of the these films actually being made is slim according to “one award-winning producer,” because nobody in the industry wants to make Trump, Drudge, or any other conservatives like White House Counselor Kellyanne Conway or former Chief Strategist Stephen Bannon look good.

“I can’t see these getting made simply because I can’t see anyone wanting to play a sympathetic Drudge or Breitbart,” the producer told Vanity Fair. “It’s like playing a sympathetic Jeffrey Dahmer.”

One “well-known screenwriter” expressed his frustration with the screenplays because they attempt to make the audience sympathize and relate to Matt Drudge and Andrew Breitbart’s characters, a critical characteristic in film that makes viewers want to actually sit through a film.

“It’s like you’re overlooking the fact that these people are monsters because it doesn’t make for good film or television,” he said.

“It defeats the entire purpose of making these things in the first place; these are not moral people we’re talking about, they are not just, they are not good, they are evil and deserve to be painted as such, or not painted at all.”

“This is a liberal town – we should just own it and not try to make these people likable,” he added.