In this scenerio, we are using a neighborhood made up of ten families or homes. They decide to pool their resources to improve the neighborhood, and make up rules that they will all abide by, much like a homeowner’s association. Each household will get a vote on how those resources are used.

Now, imagine that two out of those ten households are wealthy, so these are actually mansions. No matter, because every household still gets a vote on how the pooled resources are used.

As you can see, it would be very beneficial to the two wealthy families if there was a mass majority vote, instead of one vote per household.

We will call these two families, the Californians and the New Yorkers. Or, Hollywood and Mainstream Media. 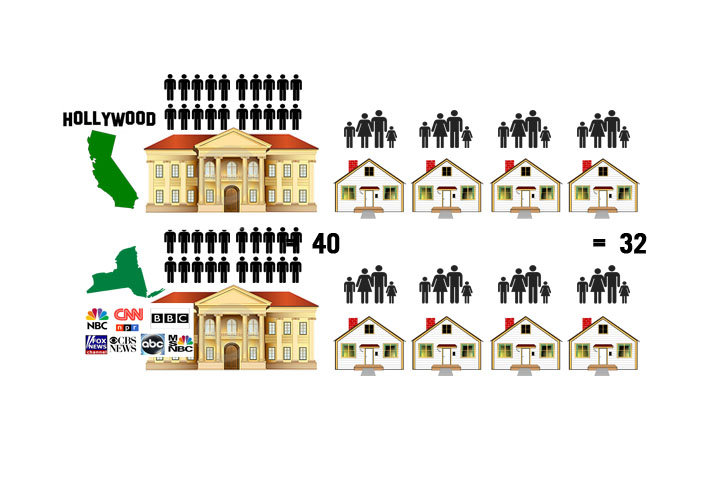 As in the recent election, you can see that while Donald Trump won the electoral college, Hillary won the popular vote. 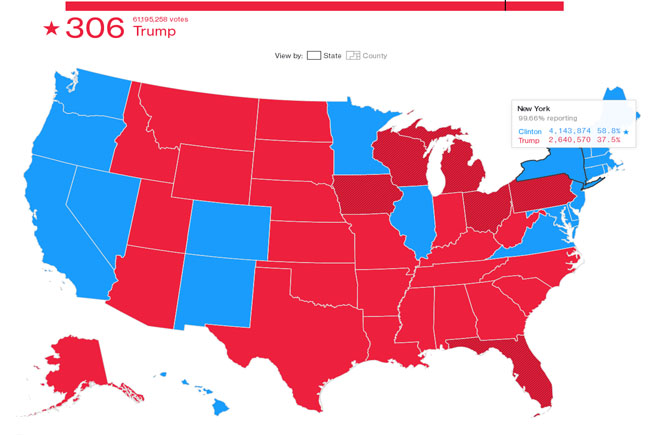 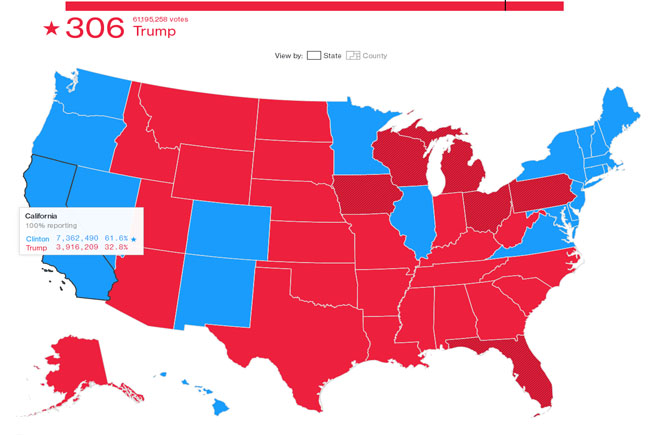 If you look at the downballot maps, you can see the actual picture of those who voted for Donald Trump. The millions of votes that Hillary won by, came from two places. Los Angeles, California, Home of Hollywood, and New York, Home of Mainstream Media.Not even the entire state, just these cities. 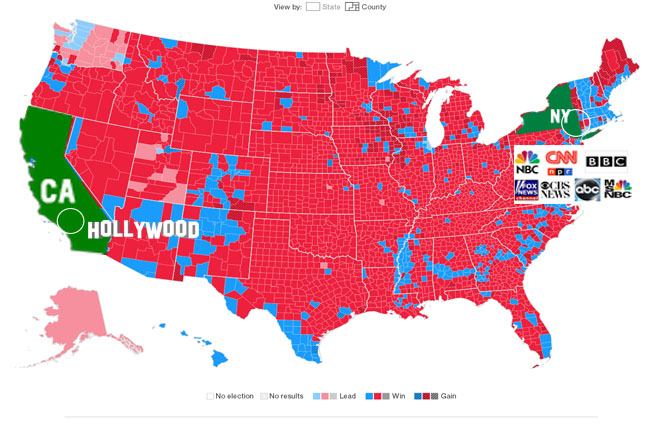 This recent election has showed us exactly why the electoral college exists. Hollywood and the Mainstream media are vigorously attempting to change the Electoral College to a National Popular Vote, in which case the Elite would simply SELECT the President. 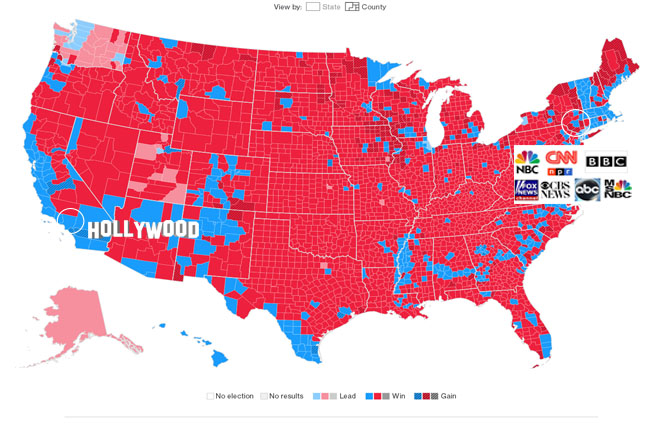 In our scenerio, we can see that if you went by a Popular Vote, every household would be forced to fork over their share of resources to be spent on the whole, with no say on how it would be spent. Every single neighborhood vote would come down to: The California and New York families know better, and have already decided for you.