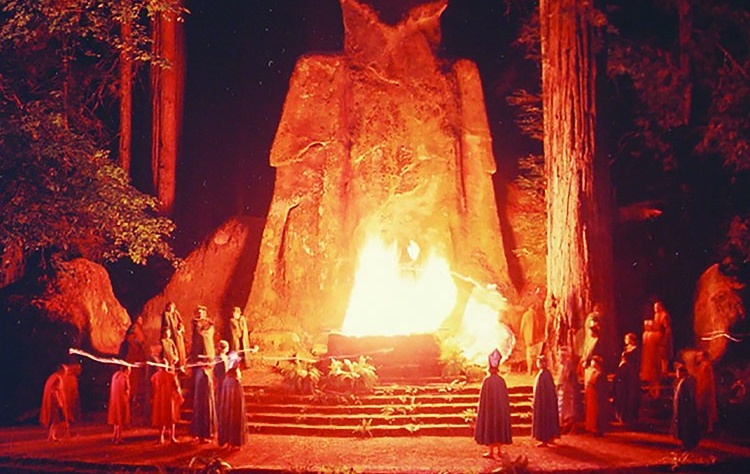 The Bohemian Grove is a 2,700 acre campground in San Francisco, California. In August of each year, top members of the Order host a two week encampment for some of the most prominent men in the world. Locals are familiar with the place due to the fact that all roads leading to the encampment are off limits and guarded by Secret Service. Yearly, protesters opposing secret global meetings gather near the main roads but what went on inside had long since been a mystery. With prominent members such as George Bush Sr. and Jr., Dick Cheney and Bill Clinton, the security is very high.

On July 15, 2001 radio show host Alex Jones infiltrates the Bohemian Grove. He sneaks in through the woods with a hidden camera, and once inside poses as a member, recording much of the event.

The rituals consist of a cremation of care, a ceremony in which they burn a human effigy to symbolize their yearly killing of the conscience, which they believe to be a weakness when ruling. Their statue is a giant owl, which represents Molech, a pagan deity from the underworld. Their performance much resembles the style and wardrobe of a KKK meeting, along with burning torches. Dick Cheney is Grandmaster of the Shriners Sector of the Order. 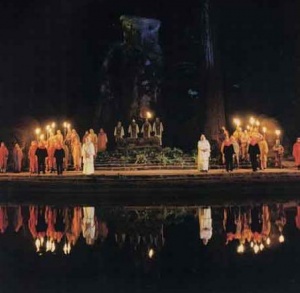 Within the grove, the Bush family have their own private section named The Hillbillies depicting a carved dancing devil.