On September 30 a major administration offensive began, with the aim of putting pressure on Congress to meet Cheney’s new deadline of October 5. Among the members of the executive branch stepping forward were, in addition to Ashcroft, White House Chief of Staff Andrew Card, Secretary of Defense Donald Rumsfeld, and Secretary of Health and Human Services Tommy Thompson. Card said on television that “terrorist organizations, like al Qaeda…have probably found the means to use biological or chemical warfare.” Tommy Thompson, trying to strike a more reassuring note, assured his television viewers that “we’re prepared to take care of any contingency, any consequence that develops for any kind of biological attack.”

The first line in the Washington Post’s October 1 article on the topic was: “Bush administration officials said yesterday there will likely be more terrorist strikes in the United States, possibly including chemical and biological warfare, and they urged Congress to expand police powers by Friday [Oct. 5] to counter the threat.” 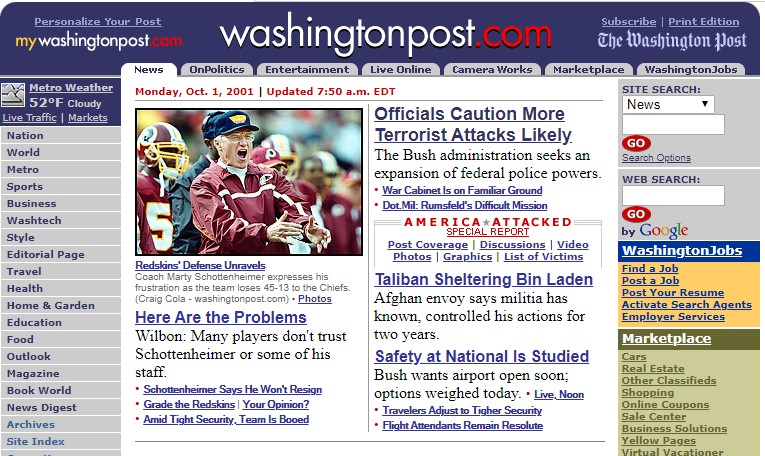 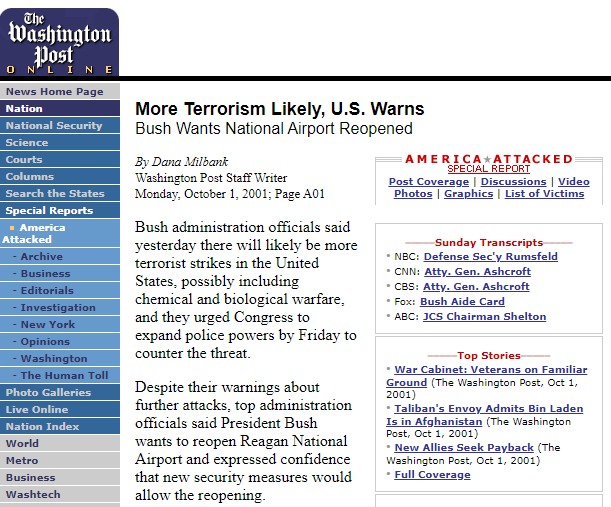