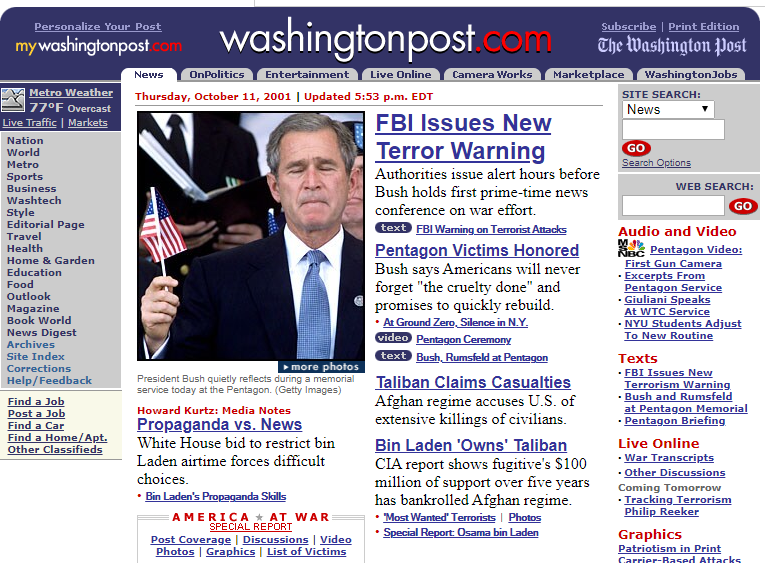 The Intelligence Agencies noted that terrorist retaliation was expected now that Afghanistan was being bombed. Congress was said to be a prime target. Members of Congress were advised to hide their identities. “On Capitol Hill members of Congress were discouraged from wearing their congressional pins when they are away from the Capitol.” Moreover, they were “advised for security reasons to avoid using license plates or anything else that would identify them as members of Congress.”

On October 11 the FBI issued its most specific warning since 9/11, saying that “additional terrorist acts could be directed at U.S. interests at home and abroad over the ‘next several days.’” The warning included all types of terrorist attacks and specifically referred to the Capitol as a possible target. Mention was made of crop-duster planes, which were being reported widely in the news as especially effective methods of delivering large quantities of biological or chemical agents.