An op-ed by Maureen Dowd appeared in The New York Times on September 26 with the title, “From Botox to Botulism.” The article’s theme was that naïve “boomers” were living in the delusion that “they could make life safe.” Upper middle class New York women were carrying Cipro, Dowd claimed, in their “little black Prada techno-nylon bags” due to widespread fears of an anthrax attack. Cipro (ciprofloxacin) was the antibiotic recommended at the time against anthrax. 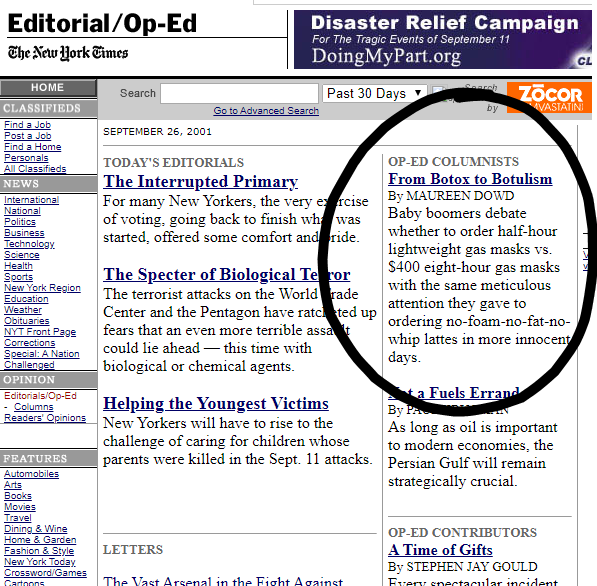 On September 27 The New York Times followed Dowd’s article with, “Anthrax Scare Prompts Run on Dubious Drug.” “We can’t keep it in stock,” says Sebastian Manciameli, a pharmacist at Zitomer Pharmacy on Manhattan’s Upper East Side, referring to Cipro. 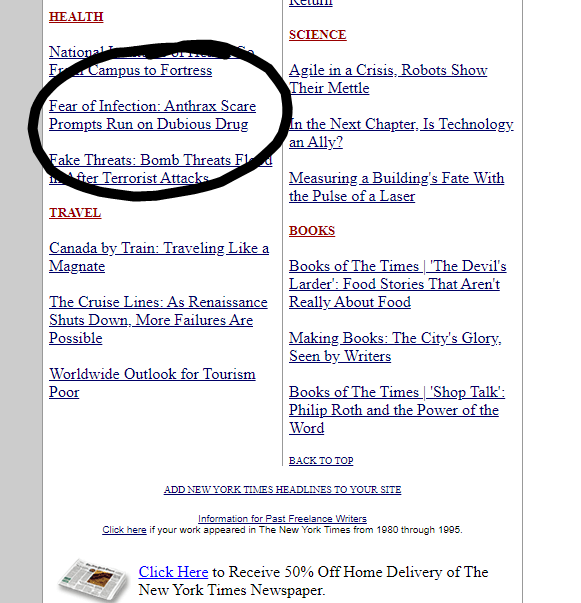