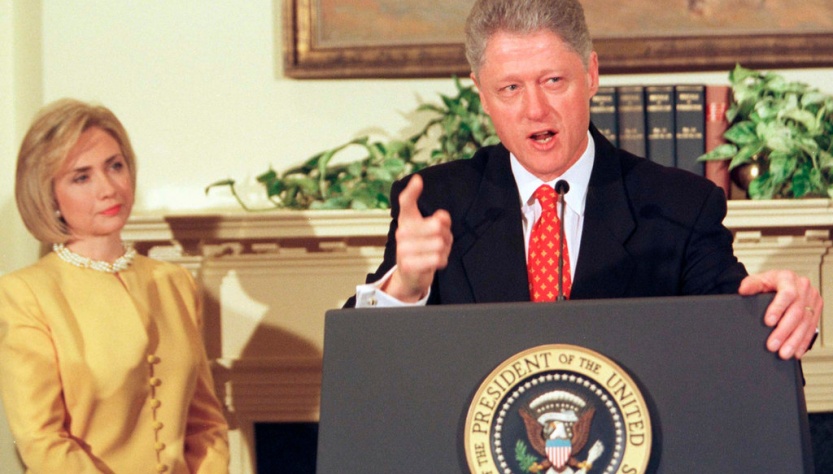 In January 1998, after Lewinsky had submitted an affidavit in the Paula Jones case denying any physical relationship with Clinton, and had attempted to persuade Tripp to lie under oath.

Monica Lewinsky tells Linda Tripp that if she would lie under oath, “I would write you a check. ” Also: “I mean, telling the truth could get you in trouble. I don’t know why you’d want to do that.” Also: “I would not cross these — these people — for fear of my life.” Several reports have Lewinsky saying on another occasion that she didn’t want to end up like former White House intern Mary Caitrin Mahoney, killed in the Starbucks execution-style murders.

Tripp gave the recorded tapes to Independent Counsel Kenneth Starr, adding to his ongoing investigation into the Whitewater controversy. Starr then broadened his investigation beyond the Arkansas land use deal to include Lewinsky, Clinton, and others for possible perjury and subornation of perjury in the Jones case.  Tripp reported the taped conversations to literary agent Lucianne Goldberg. She also convinced Lewinsky to save the gifts that Clinton had given her during their relationship, and not to dry clean what would later become known as “the blue dress”.

News of the Clinton–Lewinsky relationship broke in January 1998. On January 26, 1998, Clinton stated under oath, “I did not have sexual relations with that woman, Miss Lewinsky” in a nationally televised White House news conference.