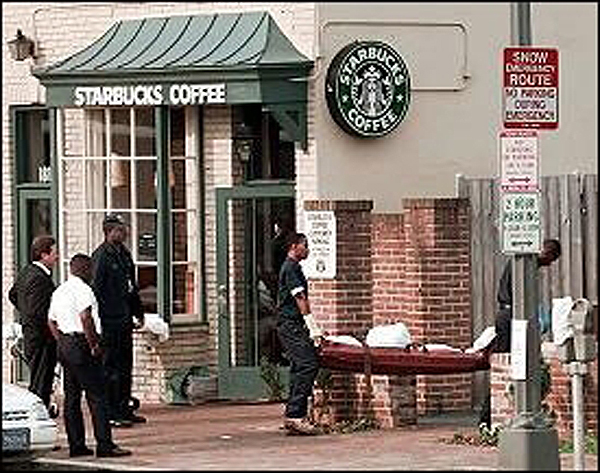 Mary Mahoney was a former White House Intern for Bill Clinton who also worked with John Huang. An affidavit filed by NOAA’s Sonya Stewart, confirmed that the Department of Commerce was selling trade mission seats in exchange for campaign donations, and illegally blocking FOIA requests. Named in the affidavit as the White House staffer directly connected to this obstruction was Doris Matsui. Doris’s assigned intern during this period was Mary Mahoney.

In the pre-trial publicity surrounding the Paula Jones lawsuit Mike Isikoff had also dropped hints that a “former White House staffer” with the initial “M” was about to go public with her story of sexual harassment at 1600 Pennsylvania.

Mary was currently working as the Assistant Manager at a Starbuck’s Coffee shop in Georgetown. Just days after Isikoff’s statements, gunmen entered the Starbuck’s while the crew was cleaning up after closing. Mary’s two associates, Aaron Goodrich, 18 and Emory Evans, 25, were taken to a room and shot. Mary herself had five bullets in her, from at least two different guns, most likely with silencers. A total of ten shots were fired; none of them heard by neighbors in the densely populated Georgetown section. Mary was shot in the chest, her face, and in the back of the head. Someone wanted her very dead. Or to send a message. Even though more than $4000 remained in the store, the police have categorized the triple murder as a robbery, even as they acknowledge the “execution style” killings. Carl Cooper, the man charged with the Starbuck’s murders on the basis of a confession has since recanted that confession, claiming that it was obtained under coercion.