On April 3, 1996, a USAF Boeing CT-43A (a converted 737 used by the by the Air Force) jet carrying The Commerce Secretary Ron Brown and 34 others, including 14 business executives on a trade mission to Croatia, crashed into a mountainside. At the time of the Flight IFO-21 crash and Brown’s death, Independent Counsel Daniel Pearson was investigating Brown and his business partner Nolanda Hill. On the verge of being indicted and having stated publicly his willingness to make a deal with prosecutors, Ron Brown’s death brought to an end his ability to testify.  The very next day, Ron Brown’s personal lawyer was murdered in a drive-by shooting. A few days later, the Air Traffic Controller who had been in charge during the aircraft crash was found dead and declared a suicide.

The State Department’s official list of employees on the plane is as follows: 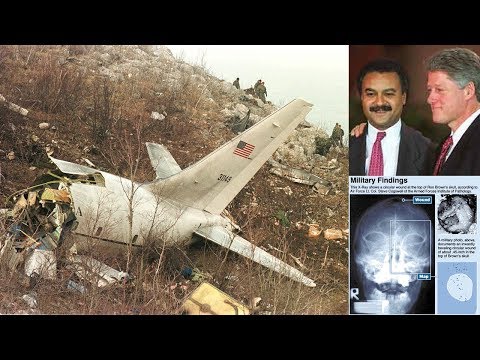