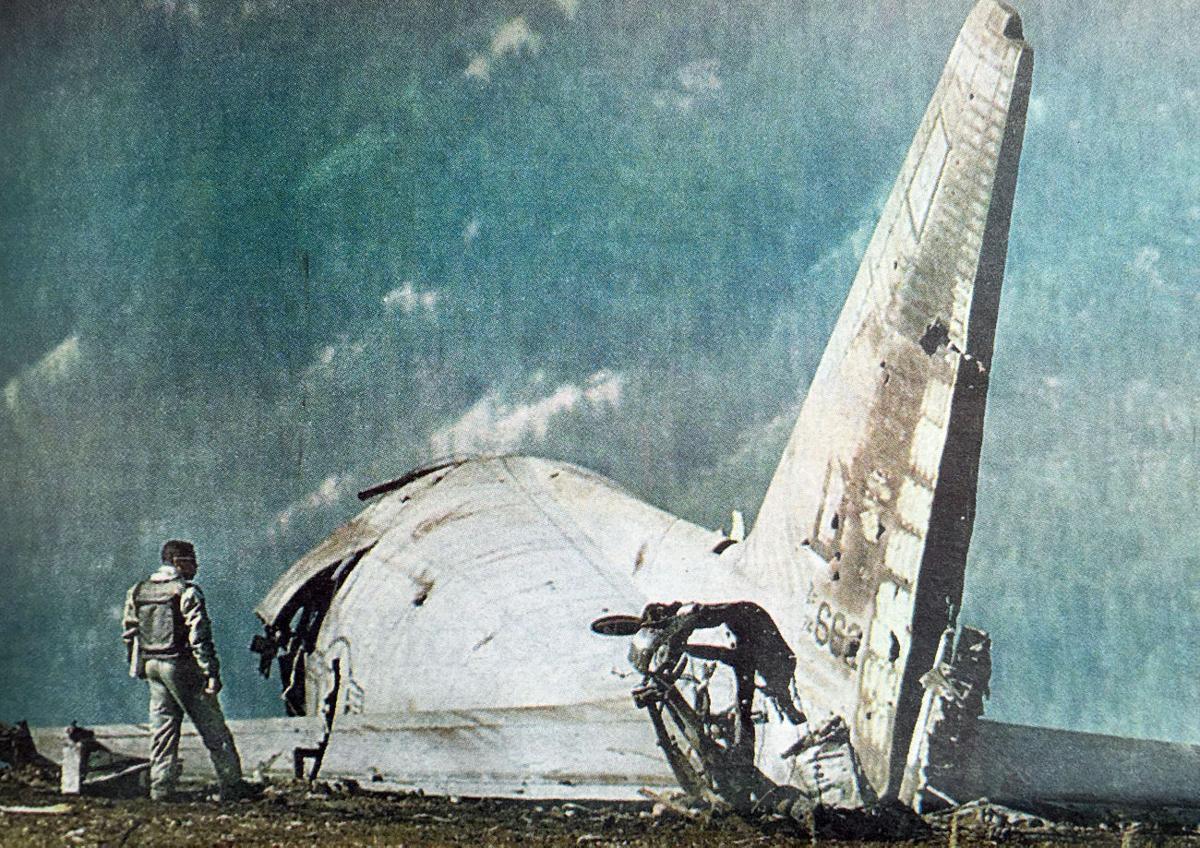 A C-130 carrying the Presidential Limos crashes near Jackson Hole, Wyoming. All nine people on board a White House support plane were killed late Saturday August 18, 1996 (10:48pm MDT), when it crashed into Sheep Mountain (also known as Sleeping Indian Mountain) near Jackson Hole Wyoming. The aircraft was en route from Jackson Hole to John F. Kennedy International airport. The Air Force Lockheed Martin C-130 Hercules transport aircraft was carrying a presidential vehicle and many pieces of luggage, all related to the president’s vacation (50th birthday celebration in the Grand Tetons). President Clinton said Sunday afternoon that he was told the pilot was attempting to return to the Jackson Hole airport when it crashed. The Air Force reported finding no evidence of an in-flight mechanical emergency after examining the flight data and flight voice recorders and could not find evidence that the pilot radioed mechanical trouble before crashing into the mountainside as reported by the White House. The victims included 8 crew members and one Secret Service agent. The aircraft and crew were stationed out of Dyess Air Force Base.

Passengers aboard the flight: