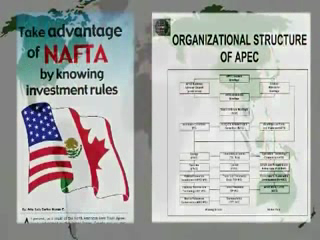 The North American Free Trade Agreement (NAFTA) was an agreement signed by Canada, Mexico, and the United States, creating a trilateral trade bloc in North America.

The implementation of NAFTA on January 1, 1994 brought the immediate elimination of tariffs on more than one-half of Mexico’s exports to the U.S. and more than one-third of U.S. exports to Mexico.