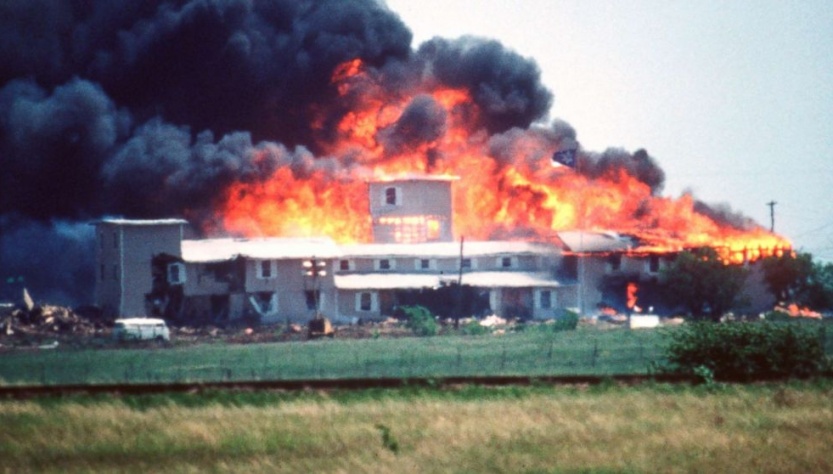 On April 19, 1993, Newly appointed U.S. Attorney General Janet Reno and President Bill Clinton decide to mount an assault to flush out Branch Davidians without harming them. They decided to do this by assaulting the compound with .50 caliber (12.7 mm) rifles and armored Combat Engineering Vehicles (CEV) or TANKS, and 40-millimetre (1.6 in) CS grenade fire from M79 grenade launchers. 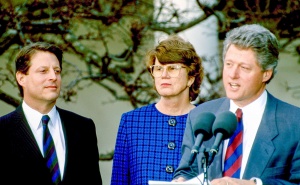 At 12:03pm, a Tank turret knocks away the first floor corner on right side of the church, and within less than ten minutes, by 12:10 the entire church is in flames. 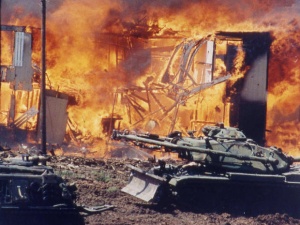 In all, 76 Branch Davidians died, including 24 children. According to Coroner Rodney Crowe, three children died of blunt force trauma and 21 of gunshot wounds.

The events at Waco spurred both criminal prosecution and civil litigation. The ATF director was forced to resign. It was admitted that the attack which was meant to “flush” out the compound, prohibited anyone from leaving the compound. Later recordings revealed that during the seige, the FBI even told David Karesh that no one would be allowed to leave the compound. Anyone who attempted to exit was immediately fired upon. The bodies of the dead were left outside during the siege for days. The entire site was bulldozed two weeks after the end of the siege, and underground tunnels filled in, destroying all evidence.