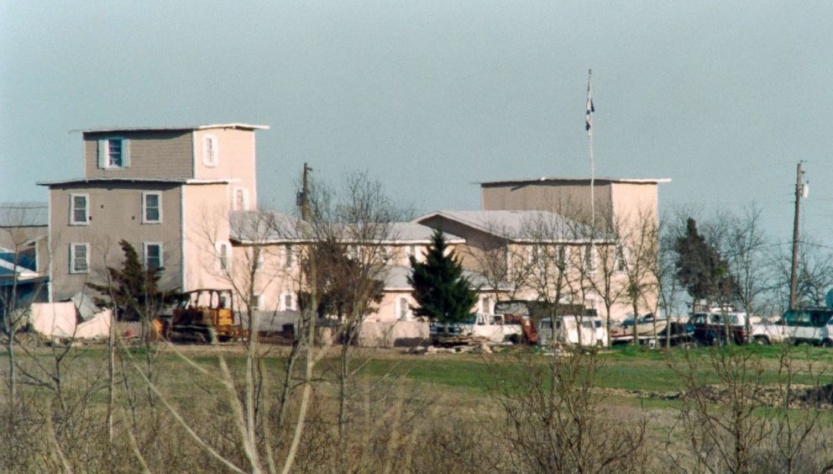 The Branch Davidians (also known as “The Branch”) were a religious group that originated in 1955 from a schism in the Seventh-day Adventist Church of the Shepherd’s Rod (Davidians), following the death of the Shepherd’s Rod founder Victor Houteff.  Houteff founded the Davidians based on his prophecy of an imminent apocalypse involving the Second Coming of Jesus Christ and the armies of “Babylon”.

The leader, David Koresh and his followers were suspected of stockpiling illegal weapons. A UPS driver had contacted the ATF and informed them that a package destined for the compound had fallen and burst open revealing an arsenal of weapons, prompting an investigation by the bureau of Alcohol, Tobacco and Firearms.

On February 27, 1993, the Waco Tribune-Herald began publishing “The Sinful Messiah”, a series of articles by Mark England and Darlene McCormick, who alleged that children were being physically and sexually abused in the compound. Some of the girls were said to have become pregnant as young as 12 or 13.

The ATF attempted to execute their search warrant on a Sunday morning, February 28, 1993. The Undercover agent working in the compound had been exposed, and the ATF had lost their element of surprise due to the Tribune’s reporting the previous day. Despite being informed that the Branch Davidians knew a raid was coming, the ATF commander ordered that the raid go ahead, even though their plan depended on reaching the compound without the Branch Davidians being armed and prepared. Instead, they went in driving an 80-vehicle convoy that stretched for a mile (1.6 km) with a cattle trailer at either end. While not standard procedure, ATF agents had their blood type written on their arms or neck after leaving the staging area and before the raid, because it was recommended by the military to facilitate speedy blood transfusions in the case of injury. 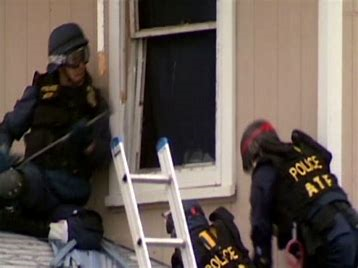 ATF agents stated that they heard shots coming from within the compound, while Branch Davidian survivors claimed that the first shots came from the ATF agents outside.  The ATF then later claimed they themselves had accidentally discharged a weapon, causing the ATF to respond with fire from automatic weapons, while other agents claimed that the first shots were fired by the ATF “dog team” sent to kill the dogs in the Branch Davidian kennel, while three Army National Guard helicopters were used as aerial distractions. None of which matched the claim made by the ATF that they were attempting to maintain an element of surprise.

During the first shots, Koresh was wounded, shot in the wrist. Within one minute of the raid starting, Branch Davidian Wayne Martin called 911, pleading for them to stop shooting. The resident asked for a ceasefire, and audiotapes record him saying, “Here they come again!” and, “That’s them shooting! That’s not us!”, he also says “there are women and children in here, tell them to cut it out!”. Following the call, Sheriff Lt. Lynch of the McLennan County Sheriff Dept., who had not been notified of the raid, contacted the ATF and negotiated a ceasefire. Sheriff Harwell later stated however, that the ATF agents withdrew only after they were out of ammunition, resulting in a ceasefire.

After the ceasefire, the Branch Davidians allowed the ATF dead and wounded to be evacuated and held their fire, allowing the ATF to retreat.

Nearly six hours after the 11:30 am ceasefire, Michael Schroeder was shot dead by ATF agents who alleged he fired a pistol at agents as he attempted to re-enter the compound with Woodrow Kendrick and Norman Allison. The news media initially reported Schroeder was shot breaking out of Mount Carmel. His wife claimed that he was merely returning from work and had not participated in the day’s earlier altercation. Schroeder had been shot once in the eye, once in the heart, and five times in the back. 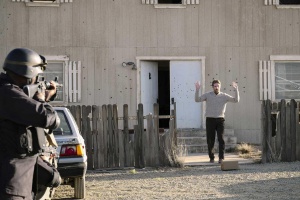 Some time later that day, ATF spokesperson Sharon Wheeler announced that negotiations continue with Branch Davidians and gunfire has ended. The FBI came in and took over the case.