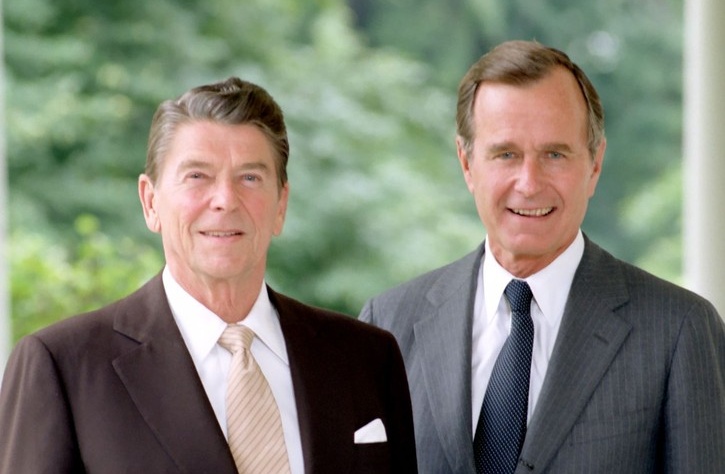 Ronald Reagan is elected 40th President of the United States, with George H. W. Bush as his Vice President. Reagan, a Republican from California, took office following a landslide victory over Democratic incumbent President Jimmy Carter in the 1980 presidential election.  Reagan’s 1980 election resulted from a dramatic conservative shift to the right in American politics, including a loss of confidence in liberal, New Deal, and Great Society programs and priorities that had dominated the national agenda since the 1930s.