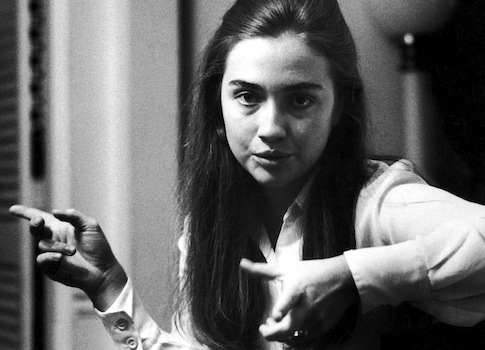 A 23-year-old Hillary Roddham was living in Berkeley, California, in the summer of 1971. She was interning at law firm Treuhaft, Walker and Burnstein, known for its radical politics and a client roster that included Black Panthers and other militants.

Hillary had met with Saul Alinsky several times in 1968 while writing a Wellesley college thesis about his theory of community organizing. Hillary’s relationship with Alinsky, and her support for his philosophy, continued for several years after she had entered Yale law school in 1969.

On July 8, 1971, Hillary reached out to Saul Alinsky, then 62, in a letter sent via airmail, and marked “Personal.” According to the letter, Hillary and Alinsky had kept in touch since she entered Yale. The 62-year-old radical had reached out to give her advice on campus activism. 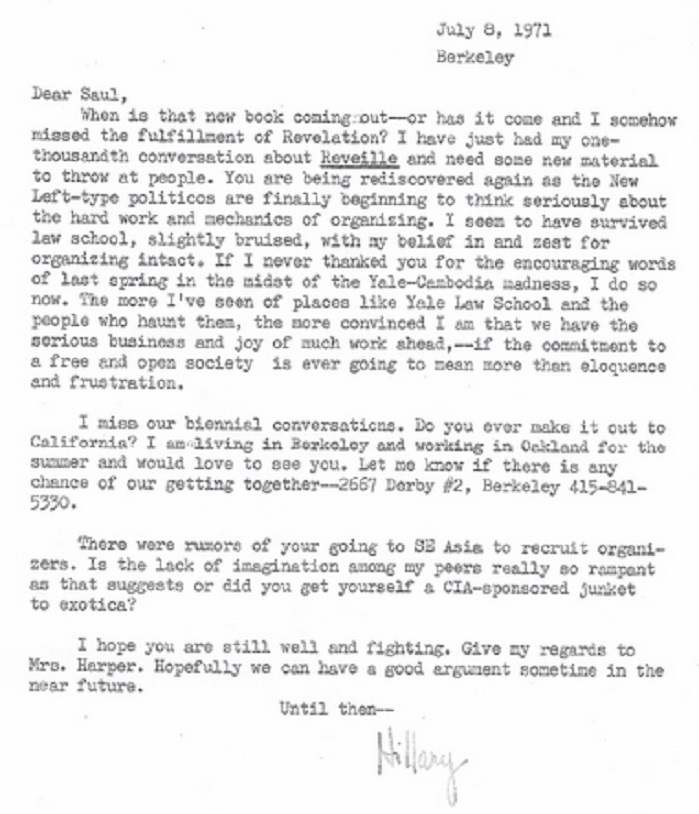 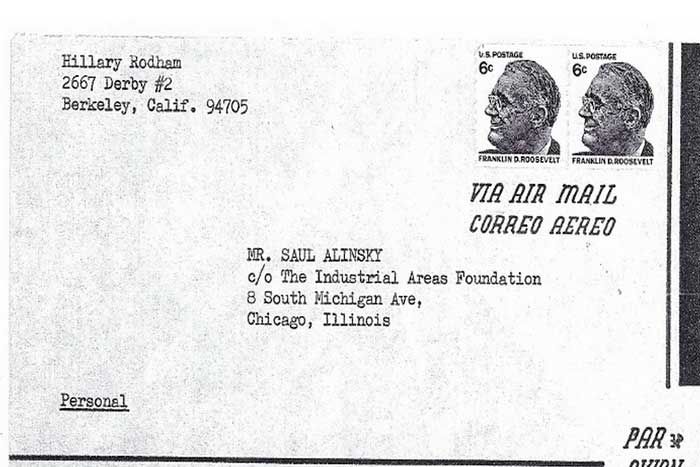 In the letter she added that she missed their regular conversations, and asked if Alinsky would be able to meet her the next time he was in California. “I am living in Berkeley and working in Oakland for the summer and would love to see you,” Hillary wrote. “Let me know if there is any chance of our getting together.” A response letter from Alinsky’s secretary suggests that the radical organizer had a deep fondness for Hillary as well. 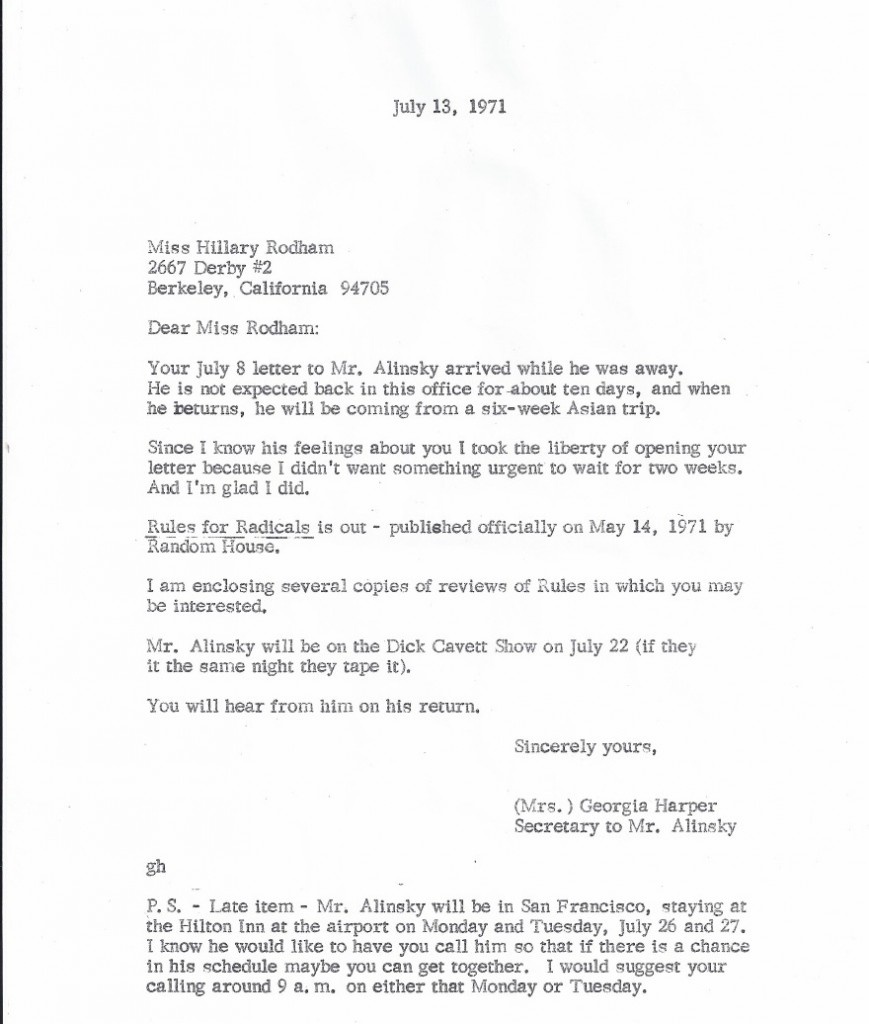 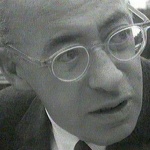 Saul Alinski was a self-proclaimed radical. Alinsky advocated guerrilla tactics and civil disobedience. He took an ends-justify-the-means approach to power and wealth redistribution, and developed the theoretical basis of “community organizing.” He gathered members of disaffected communities and taught them how to apply political pressure to achieve their demands.

Here are six of his Rules for Radicals:

1. “Politics is all about power relations, but to advance one’s power, one must couch ones’ positions in the language of morality.” For Alinsky, objective morality is irrelevant to politics, except as impressive rhetoric designed to hide what really matters: a struggle for the power to coerce and dominate.

2. “There are only three kinds of people in the world: rich and powerful oppressors, the poor and disenfranchised oppressed, and the middle-class whose apathy perpetuates the status quo.” Here Alinsky accepts and perpetuates Karl Marx’s ideology of envy that demonizes people for working hard, succeeding, and saving their money to invest in job-creating businesses.

3. “Change is brought about through relentless agitation and ‘trouble making’ of a kind that radically disrupts society as it is.” Alinsky doesn’t bother asking whether the “change” sought is proportionate all the turmoil created by such disruption, or to think about how fragile “society” might turn out to be, and the damage inflicted by social chaos on our most vulnerable citizens.

4. “There can be no conversation between the organizer and his opponents. The latter must be depicted as being evil.” So instead of seeing them as fellow-citizens who differ over policy, we must slander our opponents and try to destroy them.

5. “The organizer can never focus on just a single issue. He must move inexhaustibly from one issue to the next.” In other words, never give people time to adjust to the relentless change you’re bullying them into making; keep prodding them forward like prisoners in a gulag being marched to their next menial task.

6. “Taunt one’s opponents to the point that they label you a ‘dangerous enemy’ of ‘the establishment.’” Instead of seeking common ground in shared rational premises, Alinsky urges activists to bring out the worst in their opponents, so that reasonable compromise becomes impossible and the knives come out. Lenin couldn’t have said it any better.

Saul Alinsky, dedicated his key book to “Lucifer,” as the very first radical who won his own kingdom. Saul Alinsky died in 1972, the following year.