In 1913 Woodrow Wilson became president, having already agreed to sign the Federal Reserve Act in exchange for campaign support. 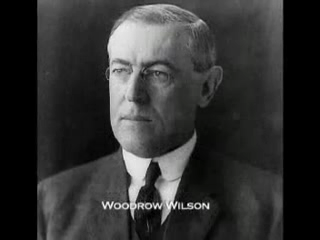 Two days before Christmas, when most of Congress was at home with their families, the Federal Reserve Act was voted in, and Wilson made it law. 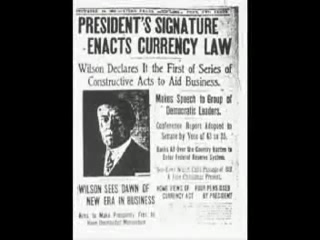 A world banking system was being set up here… A superstate controlled by international bankers … acting together to enslave the world for their own pleasure. The Fed has usurped the government.