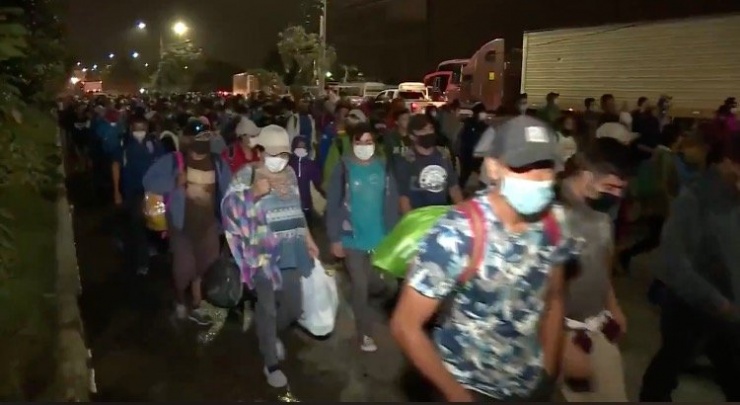 Another migrant caravan has formed in Honduras in anticipation of a Biden Administration.

According to Center for Immigration Studies, the new caravan left San Pedro Sula, Honduras on Friday and is hoping to reach ‘paradise’ (United States) by January 20th.

Footage of the massive caravan heading to the US advancing toward Guatemala from Honduras was released on Friday, writes Cristina Laila with The Gateway Pundit.

Mexico is strengthening its border with Guatemala after a previous caravan of Cubans stormed the international bridge between Juarez and El Paso at the end of December chanting “Biden! Biden!“
https://cis.org/Bensman/Migrants-Chanting-Biden-Attempt-Rush-Border

Mexico is strengthening its border with Guatemala as a migrant caravan heads to the United States from Honduras. pic.twitter.com/vRExbXj5vd

Update: Massive Migrant Caravan Heads to US From Honduras in Anticipation of Biden Admin (VIDEO)