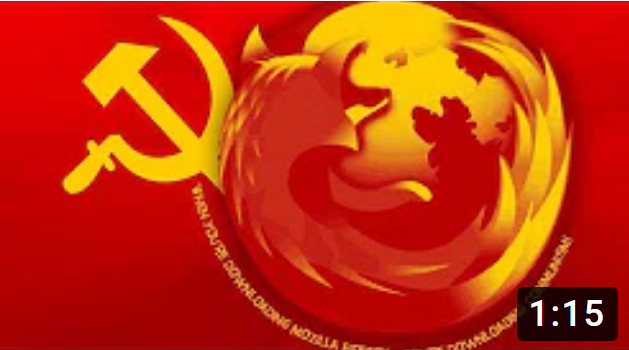 Mozilla, developer of the Firefox internet browser, has argued that more must be done to keep Donald Trump and other “bad actors” out of cyberspace, prompting many to vow to never use the group’s services again.

By “bad actors”, they mean anyone who disagrees with them or attempts to resist the communist takeover. They propose dissidents be removed from the internet, altogether.

In a blog post titled ‘We need more than deplatforming’, the open-source software community said that Twitter’s decision to permanently ban Trump from its platform didn’t go far enough in weeding out “hate” on the internet. While blaming Trump for the “siege and take-over”  FALSE FLAG planned by communist democrats, of the US Capitol on January 6.

The non-profit tech group argued that “white supremacy is about more than any one personality.”

The Communist Propaganda filled blog post concluded by stating that the answer to Trump and other allegedly bad voices was not to “do away with the internet,” but rather to “build a better one” that can “withstand” such “challenges.” Of course this means to remove any opposing voices across the entire internet.