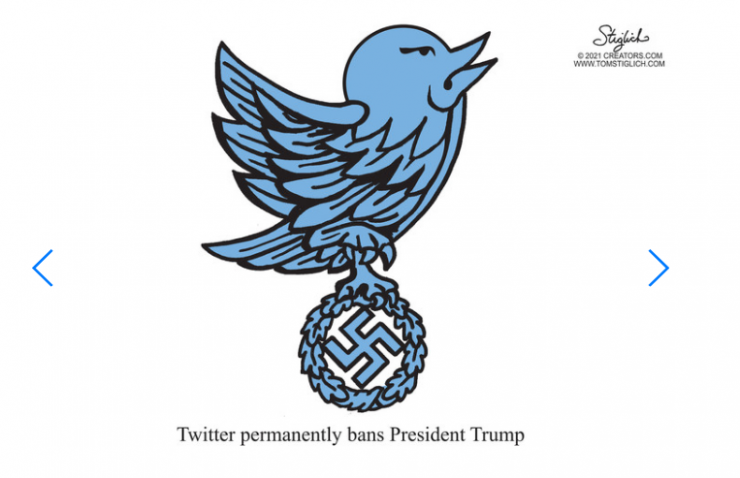 After the theft of the US Election, Democrats wasted no time making their first move to start immediately shutting down communication between our President and his supporters, the American People. This is just the beginning of the coming purge of millions of voices by Big Tech, designed to prevent the people from communicating with one another, to prevent any possible resistance to the communist takeover.

Here was the president’s message, according to screenshots: 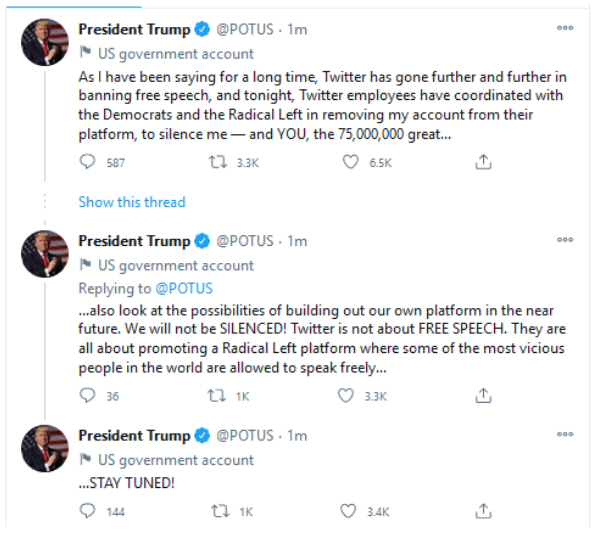 “As I have been saying for a long time, Twitter has gone further and further in banning free speech, and tonight, Twitter employees have coordinated with the Democrats and the Radical Left in removing my account from their platform, to silence me — and YOU, the 75,000,000 great

“…patriots who voted for me. Twitter may be a private company, but the government’s gift of Section 230 they would not exist for long. I predicted this would happen. We have been negotiating with various other sites, and will have a big announcement soon, while we …”

“…also look at the possibilities of building out our own platform in the near future. We will not be SILENCED! Twitter is not about FREE SPEECH. They are all about promoting a Radical Left platform where some of the most vicious people in the world are allowed to speak freely… 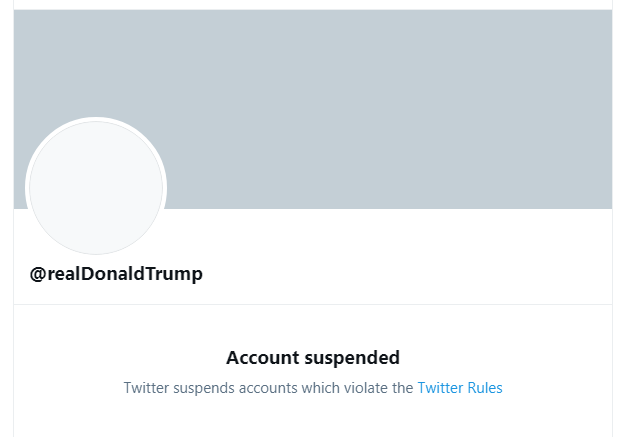