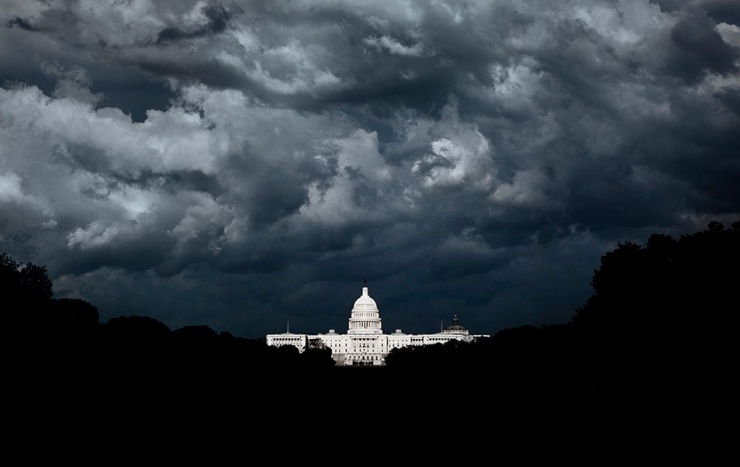 It appears to many as if the events earlier at the Capitol Building may have been a planned psy-op. Most GOP reps, INCLUDING, RAND PAUL, GRASSLEY, LOEFFLER, GRAHAM have all turned on the President. Some claim that they had planned on objecting to the certification of fraudulent votes, however due to the events earlier in the day, they have all decided to allow our election to be stolen.

Many, who believe that President Trump can run again in 2024, and win are sadly mistaken. This is our last stand. Our last chance to save our Country and we have just been gas-lighted by much of the GOP.

They are trying to claim that if the protestors had “behaved” they would have voted differently. That is not true and it is the left who seems to always get their way with violence and EXTREME measures. What happened earlier DOES NOT EVEN COMPARE TO THE HELL the left has put us through for over four years.

America is falling and if Joe Biden is allowed to take office, there will be no next election. If there is, it will be Dominion controlled. Our votes will officially no longer matter.

Get ready for dark days ahead as the communist Congress in our country has sold us out, and the left has made it VERY CLEAR that they want us all on lists, and have vowed to put President Trump in prison for not breaking any laws, while they break law after law with no repercussion due to communist judges and “elected” officials.