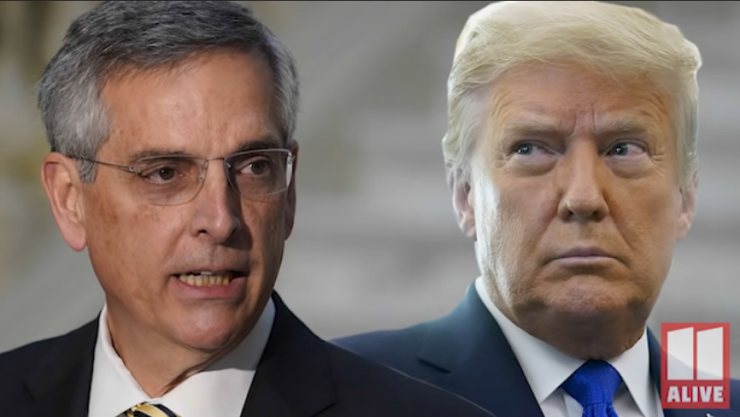 Secretary of State Brad Raffensperger records and then leaks private phone call between himself and the President. The conversation, which went on for about an hour was very re-assuring.

President Trump laid out example after example of voter irregularities, which have many Americans enraged at the notion that China can actually succeed at stealing our election with their puppet, Joe Biden.

I spoke to Secretary of State Brad Raffensperger yesterday about Fulton County and voter fraud in Georgia. He was unwilling, or unable, to answer questions such as the “ballots under table” scam, ballot destruction, out of state “voters”, dead voters, and more. He has no clue!

The phone call was very re-assuring as the President made it clear that he will continue to fight for the American people against this communist take over.  The amount of times that Raffensperger was left speechless without being able to provide answers for very good and important questions, was very telling.  He attempted to use leftist talking points, such as claiming specific evidence had been de-bunked without being able to provide evidence of his so-called debunking.

The one-hour long call, first reported by ‘The Washington Post‘ and later obtained by 11Alive, took place on Saturday January 2. Parts of the audio have been redacted for privacy.

The American people have had enough of this attempted theft of our election by the communist regime of China.

If we lived in normal times where we had a functioning DOJ, Brad would already be arrested for allowing those machines in the State and the payoff he got for doing it.

The President let Raffensperger have it in an epic schooling, which mainstream media is trying to spin as “illegal” or “improper”, which tells you that it makes them nervous. The President’s attorney also present during the call also posed great questions, to which Raffensperger could not answer.

The phone call was perfect, and if the communist Chinese succeed in stealing our election, it will not be due to a lack of trying from our President, because he can only save our country if the people stand behind him.