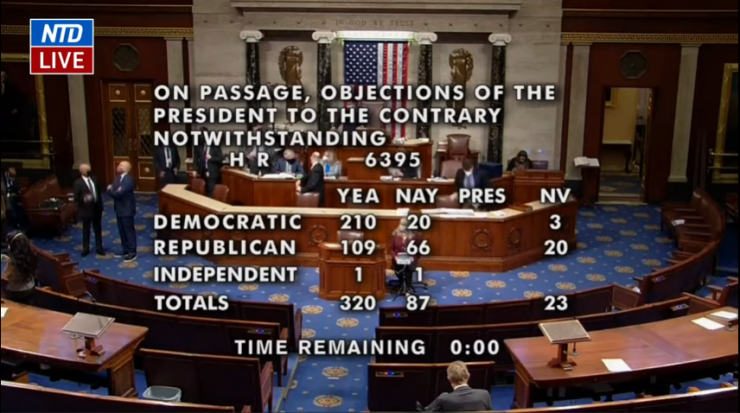 The Senate must also vote to override Trump’s veto. The Senate can vote as early as tomorrow but will likely vote later this week, writes Cristina Laila with The Gateway Pundit.

President Trump last Wednesday vetoed the $740 billion defense bill because the legislation renamed bases named after Confederates and would not allow for removal of our military from other countries.

I will Veto the Defense Bill, which will make China very unhappy. They love it. Must have Section 230 termination, protect our National Monuments and allow for removal of military from far away, and very unappreciative, lands. Thank you! https://t.co/9rI08S5ofO

The Senate approved the defense bill with a 84-13 vote so they definitely have the votes to override Trump’s veto.

However, many GOPers say they support the defense bill, but will stand by President Trump and vote to sustain the veto.

There have only been 111 veto overrides in US history.