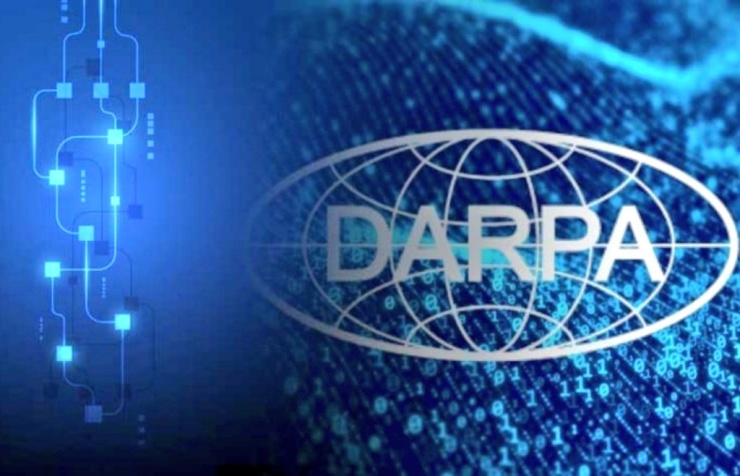 Has anyone wondered why Mark Zuckerberg is so heavily invested in the 2020 election? Why would the founder of a social media company spend over four hundred million dollars to ensure that the American people do not choose our own President?

According to Wikipedia, Mark Zuckerberg founded facebook on February 4, 2004.

It just so happens that on the same day that Mark Zuckerberg is said to have founded facebook, it was reported that Darpa decided to scrap a project that works exactly like facebook, after concerns were raised about the project. In a report by Wired News, the decision was disclosed on February 4, 2004. 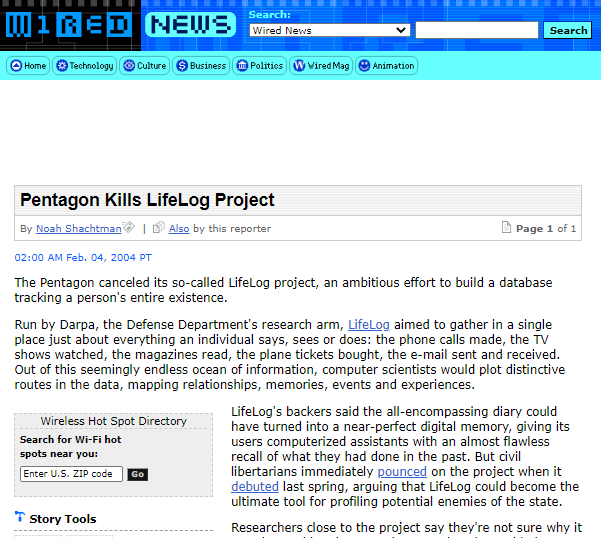 The Pentagon canceled its so-called LifeLog project, an ambitious effort to build a database tracking a person’s entire existence.

Run by Darpa, the Defense Department’s research arm, LifeLog aimed to gather in a single place just about everything an individual says, sees or does: the phone calls made, the TV shows watched, the magazines read, the plane tickets bought, the e-mail sent and received. Out of this seemingly endless ocean of information, computer scientists would plot distinctive routes in the data, mapping relationships, memories, events and experiences.

LifeLog’s backers said the all-encompassing diary could have turned into a near-perfect digital memory, giving its users computerized assistants with an almost flawless recall of what they had done in the past. But civil libertarians immediately pounced on the project when it debuted last spring, arguing that LifeLog could become the ultimate tool for profiling potential enemies of the state.

Researchers close to the project say they’re not sure why it was dropped late last month. Darpa hasn’t provided an explanation for LifeLog’s quiet cancellation. “A change in priorities” is the only rationale agency spokeswoman Jan Walker gave to Wired News.

This had been noticed by others in the past who raised concerns regarding this strange “coincidence.” Of course that now, in light of recent events concerning facebook and the 2020 election steal happening in our country, it becomes clear that Mark Zuckerberg may not even be the decision maker behind the company, just a front man. 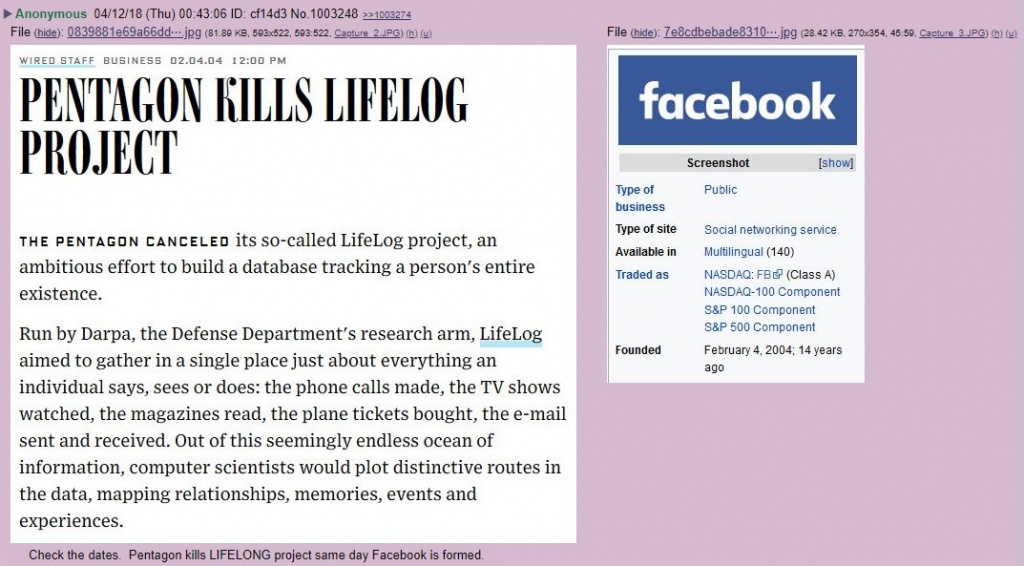 Facebook started out as a Pentagon / DARPA project called LIFELOG.

The project was cancelled and the same day FACEBOOK was formed.#Facebookgate #QAnon #WeThePeople #TheGreatAwakening pic.twitter.com/QE6pbYPQt7

Is it possible that Darpa not only had plans to track all of us, but also run our voting machines and for some reason, decided at this point in time that it would be easier to manage in the private sector?

Just two days after the Wired News article about LifeLog, they released another article on February 6, 2004, titled:

In Machine Politics: The military scraps an Internet voting system designed for use by overseas soldiers and other U.S. citizens this fall over concerns about the system’s security.

What happened in that first week of February in 2004 that caused the Pentagon to instruct Darpa to cancel these plans? Were they even cancelled, or just moved into the private sector, where they found shills to appoint as “the inventor”. Having it appear to be a simple social networking platform made for fun and games was the best way for the Pentagon to avoid any scrutiny over the matter.