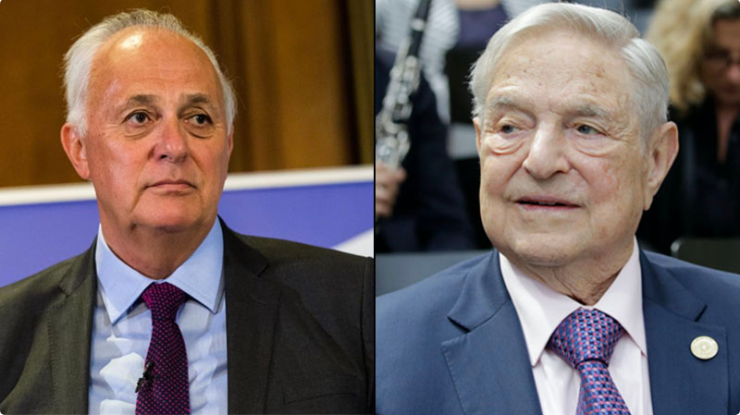 “I applaud Patrick Gaspard’s leadership of the Open Society Foundations in a world beset by illiberalism. Mark Malloch-Brown will be Open Society’s new president. He is deeply familiar with its work and shares my vision of philanthropy,” Soros said in a rare tweet on Friday.

I applaud Patrick Gaspard’s leadership of the Open Society Foundations in a world beset by illiberalism. Mark Malloch-Brown will be Open Society’s new president. He is deeply familiar with its work and shares my vision of philanthropy. https://t.co/DdJk1z3Cq2

Smartmatic bragged about its Soros connection on its website following the massive backlash due to the election fraud allegations tied to Dominion Voting Systems, claiming that it’s “no secret” Malloch-Brown is involved with Soros’ Open Society Foundation.

It is no secret that our Chairman Lord Mark Malloch-Brown is a member of a number of non-profit boards addressing global issues from poverty reduction to conflict resolution, including the Global Board of the Open Society Foundation. This is stated clearly in his official biography. Lord Malloch-Brown is a highly respected global figure whose credentials include former Deputy Secretary-General of the United Nations and former Vice-Chairman of the World Economic Forum. He also served in the British Cabinet, as Minister of State in the Foreign Office.

Malloch-Brown admitted in 2015 that Smartmatic had a license agreement with Dominion Voting Systems, the company under scrutiny by various lawsuits alleging that it played a pivotal role in fraudulently gives more votes to Biden than Trump in key swing states.

Malloch-Brown will replace Patrick Gaspard amid rumors that Gaspard is under consideration by Joe Biden’s team for Secretary of Labor.

Notably, CNN described Soros’ connection to Smartmatic and Dominion as a conspiracy theory despite admitting that it was true just a couple paragraphs later.

Keep in mind the Left and their fake fact checkers are STILL claiming there’s no tie between Soros and our election voting machines and software.

This is a globalist coup…the economy-destroying shutdowns, the suspension of rights, the rigged election, and the media censorship. pic.twitter.com/Gc7RvQVkNv