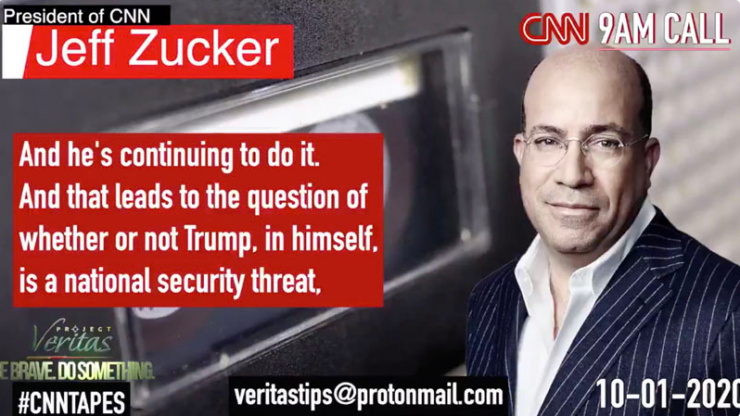 “Trump continuing to undermine election integrity with baseless claims of fraud, okay?” Zucker said. “And he’s continuing to do it.”

“Trump continuing to undermine election integrity with baseless claims of fraud…That leads to the question of whether or not Trump himself, is a national security threat”#CNNTapes pic.twitter.com/YplABxyfZs

PV founder James O’Keefe also released a clip of CNN Senior Vice President Cynthia Hudson lamenting in September about Trump being poised to win Florida in the election thanks to the Cuban vote.

“The Cubans are going to vote for Trump, and that’s terrifying”

“I have to say, there a population that’s very attracted to bullies”#CNNTapes pic.twitter.com/s3Tl3u8rIe