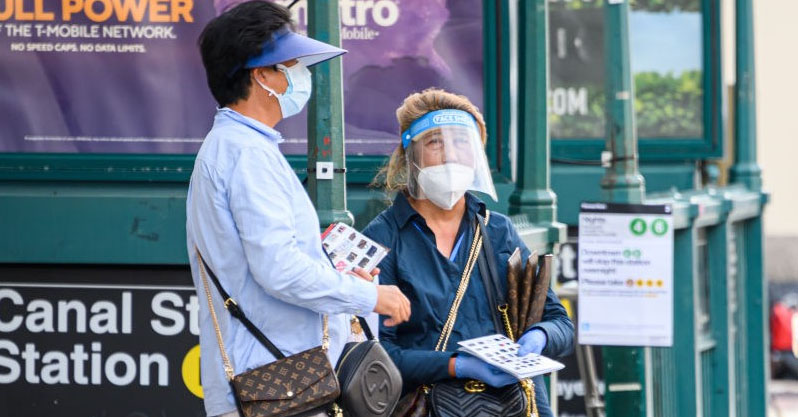 Paul Joseph Watson at Inforwars reports that a new survey by research firm Kekst CNC has found that on average, people in the U.S. think 9 per cent of the population, around 30 million people, have died from coronavirus when the actual figure is less than 155,000.

In Sweden and the UK in particular, people vastly overestimate the number of lives COVID-19 has claimed.

“Despite relatively low incidence rates compared to earlier in the pandemic in most countries (with the exception of the U.S.), people significantly over-estimate the spread and fatality rate of the disease. In Sweden and the UK for example, the public think 6-7% of people have died from coronavirus – around one hundred times the actual death rate based on official figures.”

In other words, people in the UK think coronavirus is 100 times more deadly than it actually is.

The numbers for America are even more out of sync with reality.

The survey found that Americans think 9% of the population in the U.S. have died from coronavirus. This percentage would equate to almost 30 million COVID-19 deaths. The actual death toll currently stands at just under 155,000 deaths.

Americans’ estimation of coronavirus deaths is therefore a whopping is 225 higher than the actual number of people who have died.

People in the U.S. also believe that 20% of Americans have had coronavirus, 20 times higher than the number of confirmed cases.

The survey also revealed that across all countries, “people think 5-12% of people currently have coronavirus.” In reality, even at the height of the pandemic, in England for example, only 0.27% of the community population had COVID-19.

This highlights once again how media alarmism surrounding the spread and lethality of the virus has caused many people to become hysterical and overly paranoid about COVID-19.

In reality, the 2017-18 flu season in the UK claimed more lives than coronavirus while ONS statistics show that current overall deaths are below the five year average for the sixth week in a row.

As we highlighted on Monday, in some cases this has resulted in bizarre behavior, such as people literally leaping out of the way of other people walking their way and people being “too scared” to go outside.

The innumerable incidents involving aggressive confrontations and in some cases violent attacks on others for the sin of not social distancing or wearing a mask can also be partly explained by media scaremongering coverage of the pandemic.