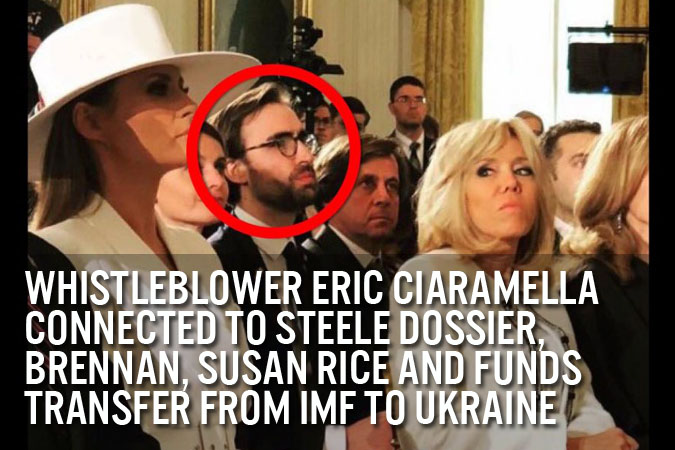 On October 30, 2019 it was confirmed Eric Ciaramella was indeed the CIA anti-Trump ‘whistleblower.’ The Gateway Pundit, however, had originally posted this on October 12th. The now infamous Director of NSC for Obama in the Ukraine is believed to be very close to the leaker that Adam Schiff refuses to provide to the American public. For starters, it turns out that the fake Russia collusion junk dossier was initiated on the same day by the same people that met Eric Ciaramella.

Just did a search on DOS Foia for Eric Ciaramella. Here’s what I found. I’ll break up a few items to provide clearer images. No. 1, Part 1: 6/3/16 email regarding Ukraine Loan Guarantee: pic.twitter.com/aW9UkR5I6M

Joe Hoft at The Gateway Pundit reports that when at Yale, Ciaramella was involved in protests to the firing of a professor by the name of Bassam Frangieh. This professor is connected to Hamas and Hezbollah. Also, as reported recently regarding Deep State actions surrounding Italy, Ciaramello, attended the Remzi dinner which included a Who’s Who in the Swampfest along with Kerry, Biden, Clapper, Valerie Jarrett, Loretta Lynch, etc.

Then you have two former NSC aides to Schiff talking to another NSC whistleblower (Ciaramella) whom all three are Obama holdovers that also worked for Trump and Biden and are magically all involved in the Ukraine whistleblower event. And apparently Ciaramella is in pretty tight with Nuland and crazy Kavalec, sending them a classified email while working for the NSC –

No. 2: October 2016 dinner in honor of the Italian Prime Minister. Guest of EOVP (executive office of VP). Among other swampy guests…. pic.twitter.com/MsdJRoAkA4 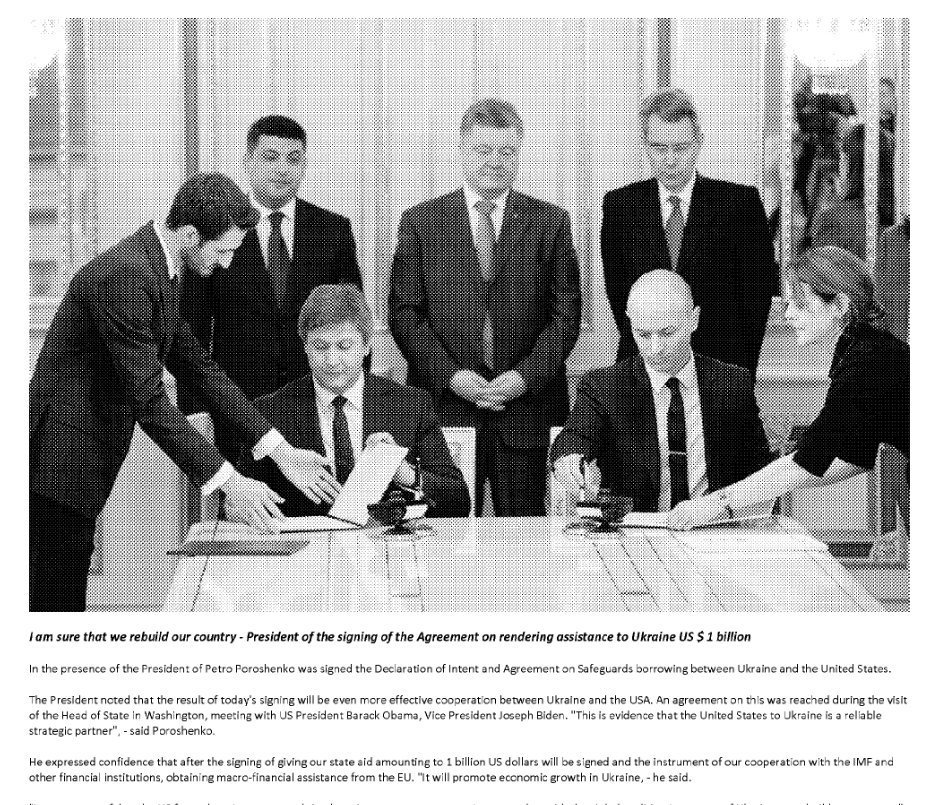 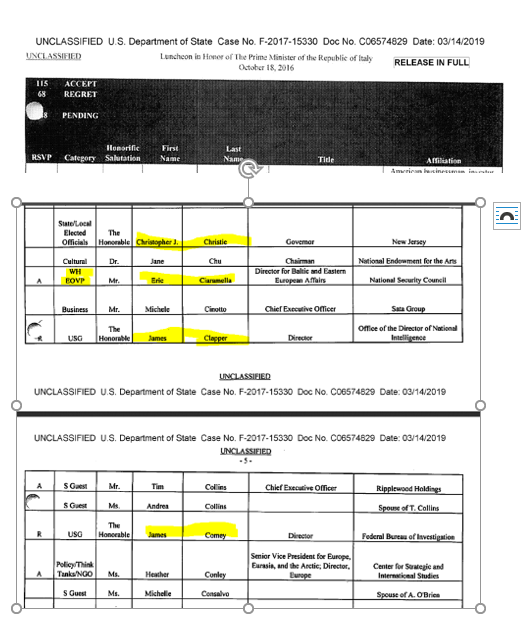 As pointed out by The Gateway Pundit, Ciaramella was also on the distribution for a Deep State trip to Russia involving Nuland who is all over the Russia collusion hoax – 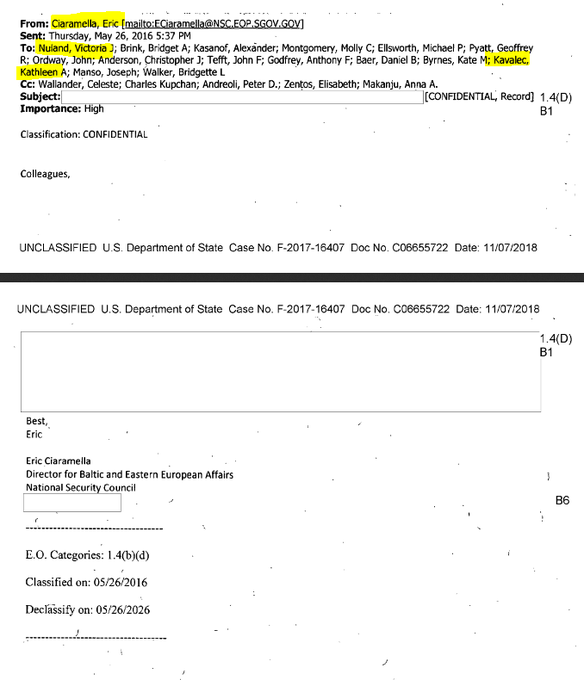 Cairamella was also involved in loan guarantees with the Ukraine- 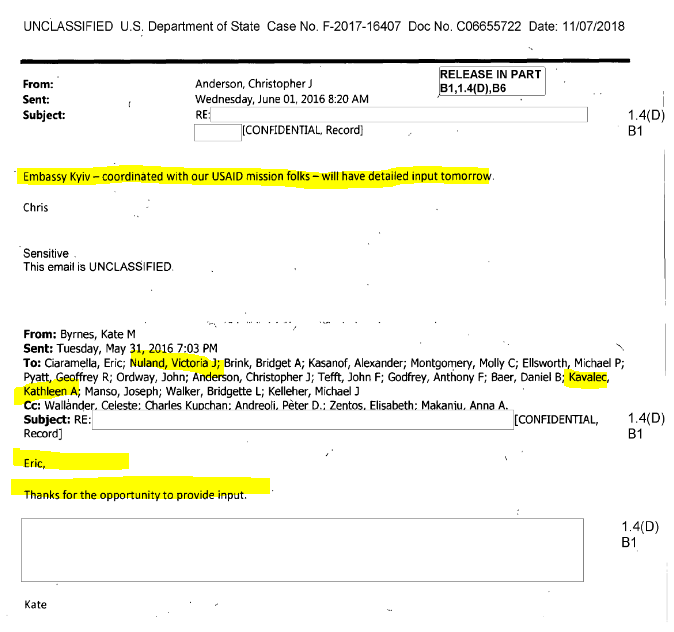 No. 4: On a Nuland email chain about a Moscow trip. Just 7 more years until it’s declassified: pic.twitter.com/WZ2iy1XJaP

No. 5 (and last): More on Ukrainian loan guarantees: pic.twitter.com/UwngGBHCoK 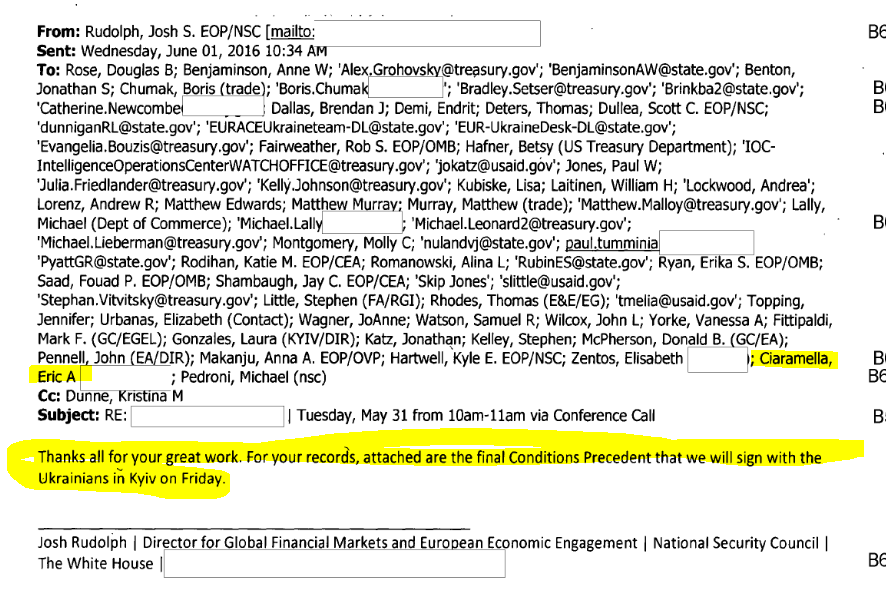 And, of course when reporting on the Ukraine, how can you leave out the corrupt Bidens –

To sum it all up, 🇺🇦 pipeline magnate and Clinton donor dispatches Burisma-friendly 🇺🇦 MP Bielkova to DC to meet with Ciaramella, Zentos and McKramer at the same time Biden threatens to withhold Billion$ unless prosecutor investigating Burisma/son is fired. Dossier I & II stacked