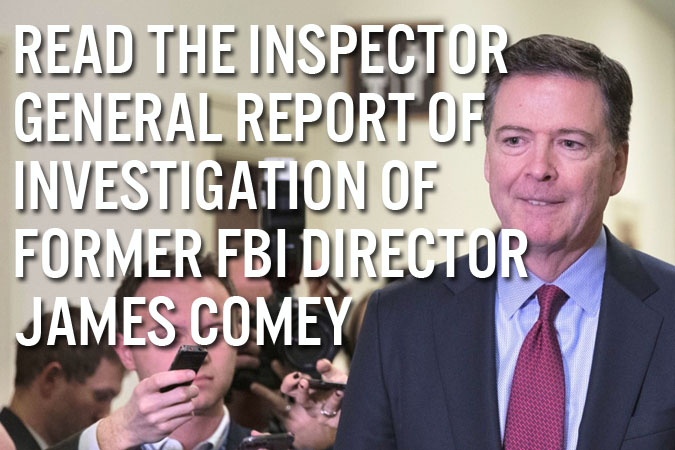 In the 83-page report on Comey’s handling of “sensitive information,” Inspector General Michael Horowitz faulted Comey for his behavior, saying his actions “violated Department or FBI policy, or the terms of Comey’s FBI Employment Agreement. As described in this report, we conclude that Comey’s retention, handling, and dissemination of certain Memos violated Department and FBI policies, and his FBI Employment Agreement.”

Horowitz criminally referred Comey to the DOJ for his conduct, but the agency declined to prosecute. READ the entire report here.