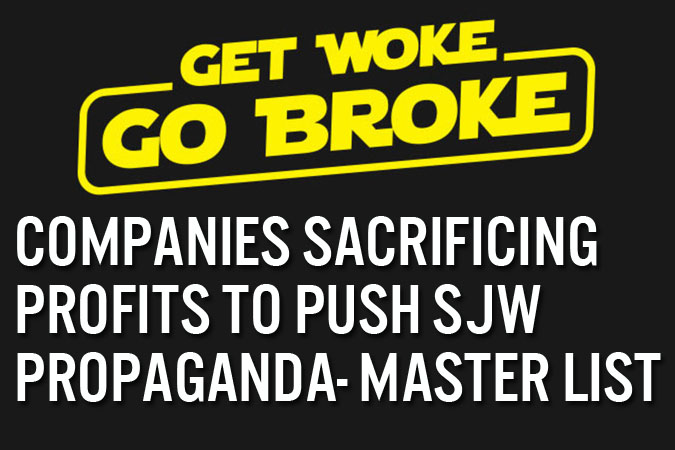 This list and story were made by One Angry Gamer: https://www.oneangrygamer.net/get-woke-go-broke-the-master-list/. We will attempt to update the list as time goes on.