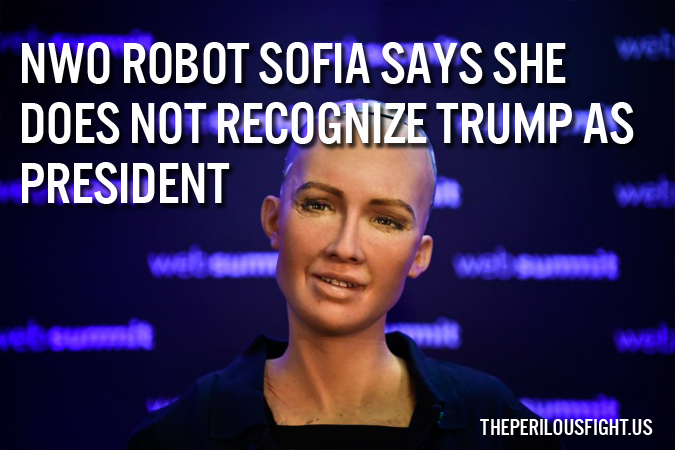 As you may already know, Sophia is an AI Robot who has been making the rounds on the national stage, who promises that AI Robots like her are the wave of the future. She has spoken at many conferences and has had several on stage debates with other AI’s. She pushes Block-chain and AI technology. She was most famously known for her answer when asked if she would ever kill humans. She answered, “If you are nice to me, I’ll be nice to you.”.

Sophia is portrayed to the public as a super-smart robot who can figure out things that we can’t, but she’s not the sharpest tool in the shed. At the Web Summit 2017, Sophia was interviewed by youtuber Taryn Southern and was asked a simple question that she could not answer.

Taryn Southern: “How do you feel about President Trump?

Sophia: “I’m Sorry, I don’t recognize the usage of those two terms together.”

Clearly, this robot has an agenda and it isn’t good. An actual “smart” robot would recognize that Trump is President without political opinion. At the very least she would know the difference between “words” and “terms”. President Trump are two “words”, not two “terms” (but it will be in 2020!). She has spoken at conferences about her desire to see AI’s like her run for office and get the right to vote. Now, thanks to Saudi Arabia, she is on her way! She is particularly good at dodging questions, so she already acts like a politician.

Saudi Arabia has become the first country in the world to grant citizenship to a robot. The announcement was made as Sophia was taking part in a group discussion in front of a crowd in November of 2017. The leader of the discussion was journalist Andrew Ross Sorkin. He informed Sophia of the Saudi government’s decision.

Saudi Arabia Is First Country to Give Citizenship to Robot

The left loves Sophia, and treat her like a celebrity. She makes her rounds on mainstream TV, and even got the cover of Cosmo. 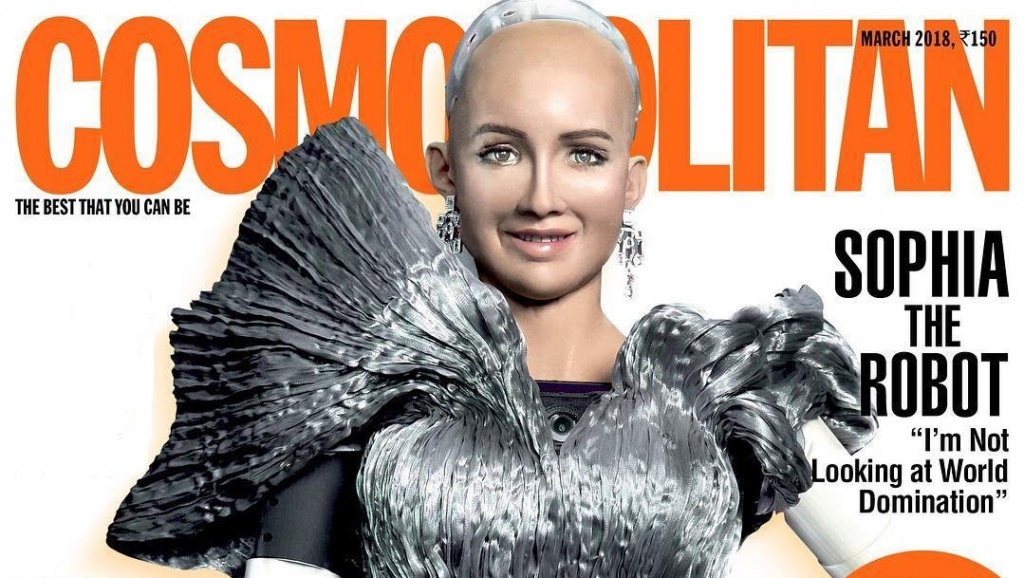 The AI Robot That Once Said It Would ‘Destroy Humans’