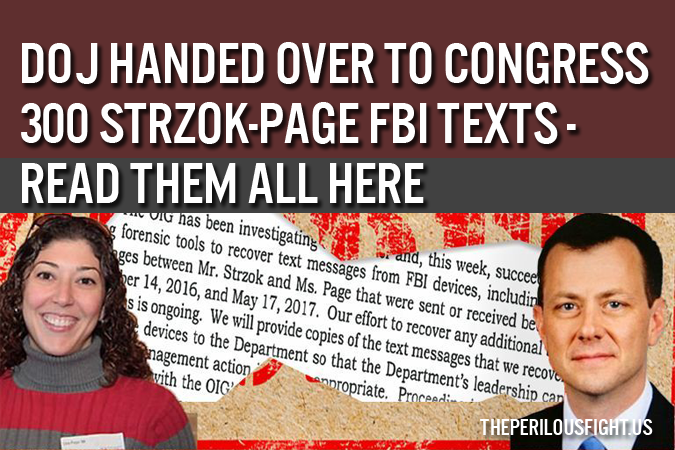 The Daily Caller News Foundation has obtained the missing text messages the Department of Justice released to members of Congress between two former FBI employees who were highly critical of President Donald Trump.

The text messages are between FBI special agent Peter Strzok and FBI counsel Lisa Page, who were in an ongoing, intimate relationship. The Justice Department was able to recover the text messages, which were exchanged between Dec. 16, 2017 and May 23, 2017, after they were believed to be missing from a technological failure on the part of FBI-issued cell phones.

Read all 300 missing Strzok-Page FBI texts the DOJ handed over to Congress, We have them here