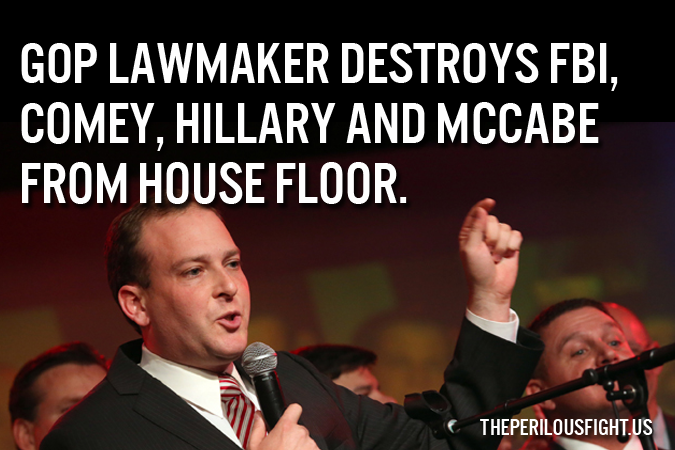 As reported by Cristina Laila from The Gateway Pundit, a GOP Lawmaker DESTROYS Comey, Hillary and McCabe From House Floor as He Lays Out Case For Second Special Counsel.

Earlier, Rep Lee Zeldin (R-NY) announced he would be leading a Special Order on the House Floor Monday night detailing a case for a second Special Counsel to be appointed to investigate Obama’s FISA abuse. 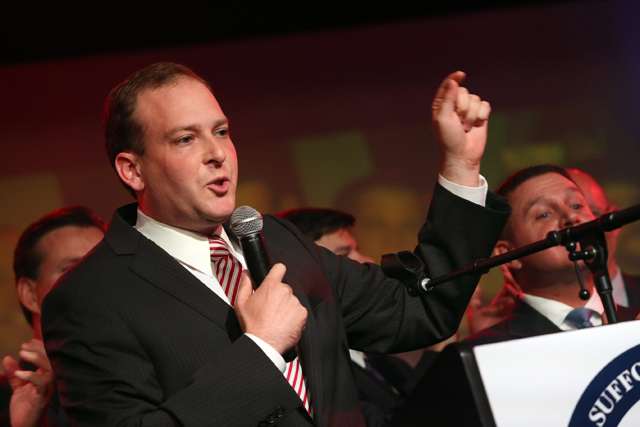 The DOJ and FBI used Hillary’s phony dossier to spy on Trump yet we have a the same corrupt actors leading an investigation into the victim, Donald Trump.

This video is a must watch. Zeldin puts everything out there for the public to see.

Zeldin even calls out the Uranium One scandal.

As you know, evidence has come to light that raises serious concerns about decisions and activities by leadership at the highest levels of the DOJ and FBI regarding how and why the Clinton probe ended and how and why the Trump Russia probe began. Additionally, important questions have been raised with regards to FISA warrants targeting U.S. citizen Carter Page. We write you to urge you today to appoint a Special Counsel to investigate these decisions and activities.

U.S. Attorney John Huber was first appointed to his position by Barack Obama in 2015.