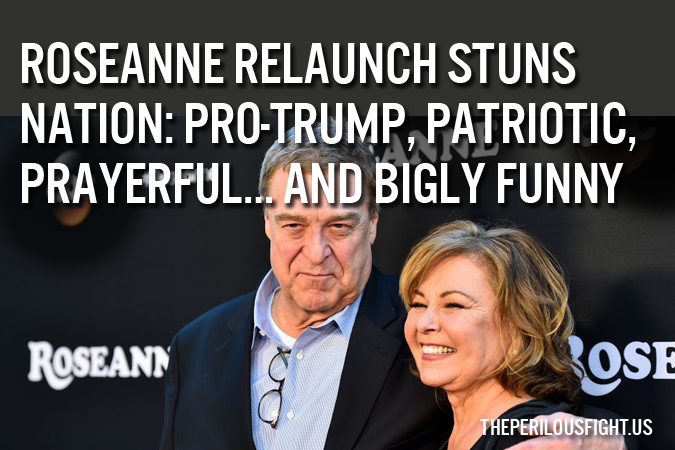 Roseanne was back and she’s pro-Trump, anti-Hillary, anti-resistance and pro-American. ‘Roseanne’ reboot roars with 18 million plus viewers for its debut. In the first episode, Roseanne has had little contact with her sister Jackie since the 2016 election. Roseanne voted for President Donald Trump, and Jackie is a Hillary supporter who voted for Jill Stein. Jackie, a self portrayed “Nasty Woman” refers to Roseanne as “Deplorable”, while Roseanne mocks Jackie’s following of fake news. With much mainstream content losing viewers lately, the Roseanne premier was viewed by over 18 million poeple on it’s first night. The public is fed up with Hollywood and their leftist agenda, which has turned many away from television altogether, but now thanks to Roseanne, people have a reason to turn on their TV again, at least for a half hour once a week. Roseanne has been an outspoken Trump supporter in real life, and has even jumped on the QAnon train.

When last we saw Roseanne Conner, in 1997, the character was sitting alone on that old living room couch, after revealing that her husband, Dan, had died of a heart attack and that all nine seasons of “Roseanne” had been a grief-induced fantasy about her family. (Or something like that.)

Now Roseanne is back, the fantasy is out and Trump is in.

The show’s Emmy-winning star, Roseanne Barr, returns Tuesday night to ABC with a nine-episode revival season. Dan’s back too, once again played by John Goodman, as is daughter Darlene (Sara Gilbert, who is also an executive producer) and much of the original cast.

“Roseanne” was a bona fide trailblazer the first time around, with its focus on blue-collar Americans, its diversity of L.G.B.T. characters, and its star — a woman who did not look or sound like a typical television female lead. The new “Roseanne” is topical in its own ways, starting with Roseanne Conner’s full-throated support for President Trump. Ms. Barr is a Trump backer as well, to the dismay of many fans; she argued on “Jimmy Kimmel” recently that supporting Mr. Trump was critical to keeping Mike Pence from the presidency. 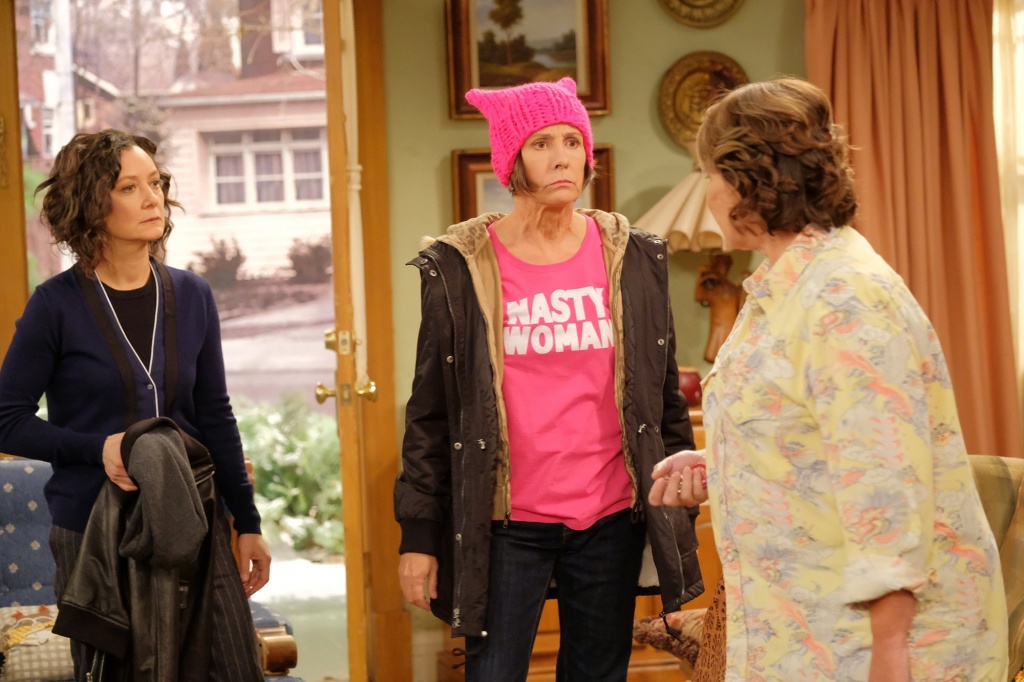 ‘Roseanne’ reboot roars with 18 million plus viewers for its debut