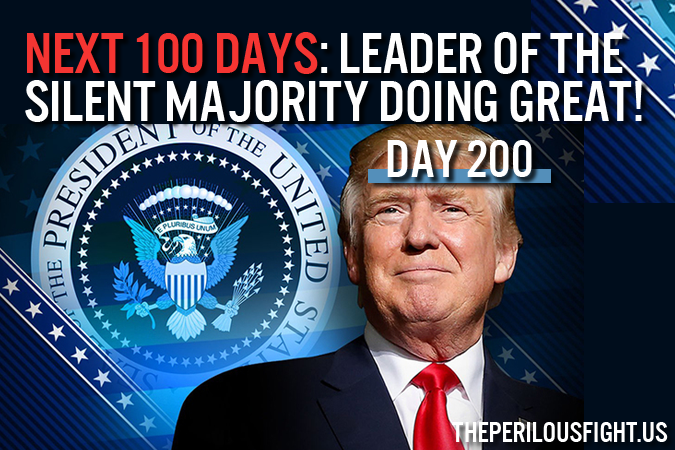 Yesterday, President Donald J. Trump declared that a major disaster exists in the State of Wyoming and ordered Federal assistance to supplement State, tribal, and local recovery efforts in the areas affected by flooding from June 7 to June 22, 2017.

Federal funding is available to State, tribal, and eligible local governments and certain private nonprofit organizations on a cost-sharing basis for emergency work and the repair or replacement of facilities damaged by the flooding in the counties of Fremont and Park and the Wind River Reservation within Fremont County.

Additional designations may be made at a later date if requested by the State and warranted by the results of further damage assessments.

FOR FURTHER INFORMATION MEDIA SHOULD CONTACT THE FEMA NEWS DESK AT (202) 646-3272 OR FEMA-NEWS-DESK@FEMA.DHS.GOV

After weeks and months of fixating on tweets and Russia, someone in the press decided to have a look at what the Trump administration has been up to since January. Lo and behold, they discovered that it’s getting a lot done.

Achievements: After weeks and months of fixating on tweets and Russia, someone in the press decided to have a look at what the Trump administration has been up to since January. Lo and behold, they discovered that it’s getting a lot done.

Border crossings, for example, have plummeted, even though all Trump has done so far is promise to enforce existing laws.

The Supreme Court approved parts of Trump’s travel ban, a success made possible by Trump’s appointment of Neil Gorsuch to the bench.

What else? Well, Trump pulled out of the Paris climate change deal, which as we noted in this space is a yuuuge win for the economy.

The EPA, meanwhile, is dismantling Obama’s coal-killing, growth-choking Clean Power Plan, and draining the heavy-handed Waters of the United States rule. When a veteran EPA official resigned this week, she complained in a letter to her former colleagues that “the new EPA Administrator already has repeals of 30 rules under consideration,” which the New York Times described as “a regulatory rollback larger in scope than any other over so short a time in the agency’s 47-year history.”

Trump promised to kill two regulations for every new one enacted, but in his first six months the ratio was 16-to-1.

Trump also approved the Keystone XL and other pipeline projects held up by Obama. He’s also rolled back a ban on coal mining on public lands.