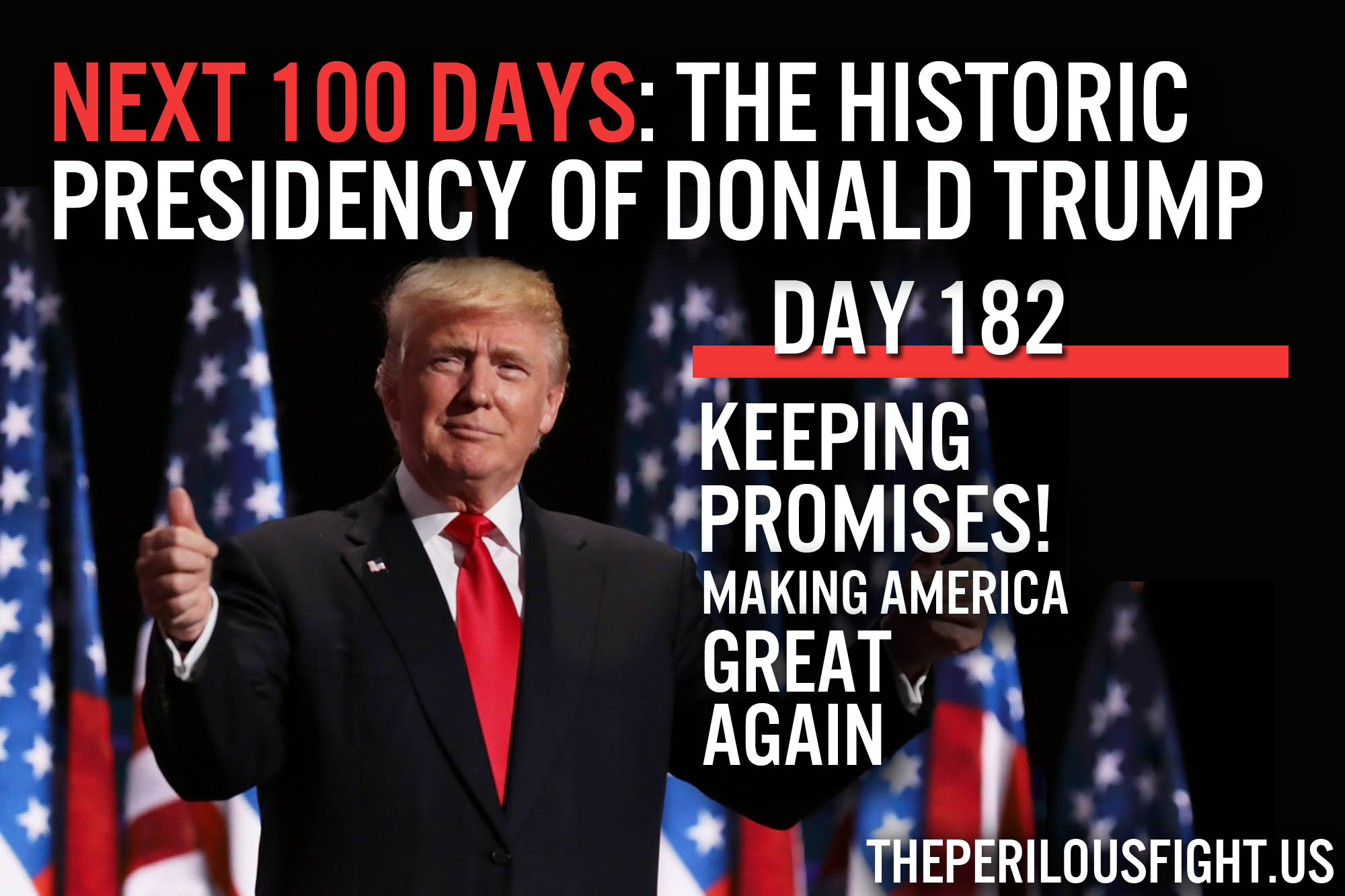 Today, President Trump and Vice President Pence will visit the Pentagon and will be making an announcement at the White House regarding a Pharmaceutical Glass Packaging Initiative.

BRINGING ACCOUNTABILITY BACK TO GOVERNMENT: In six months in office, President Trump has followed through on his promise to the American people to bring accountability back to government…
View Full Press Release

Statement by President Donald J. Trump on House Passage of the Homeland Security Authorization Act of 2017: Jul 20, 2017-
I commend the House of Representatives for voting today to reauthorize, for the first time, the Department of Homeland Security. Since its formation nearly fifteen years ago in response to the terrorist attacks of September 11, 2001, DHS has been on the front lines of the Federal Government’s efforts to keep the American public safe…
View FullPress Release

A Message to the Congress of the United States: Jul 20, 2017-
Section 202(d) of the National Emergencies Act (50 U.S.C. 1622(d)) provides for the automatic termination of a national emergency unless, within 90 days prior to the anniversary date of its declaration, the President publishes in the Federal Register and transmits to the Congress a notice stating that the emergency is to continue in effect beyond the anniversary date…
View Full Press Release

I am asking all citizens to believe in yourselves, believe in your future, and believe, once more, in America. #AmericaFirst🇺🇸 pic.twitter.com/NOnhJyWp4J