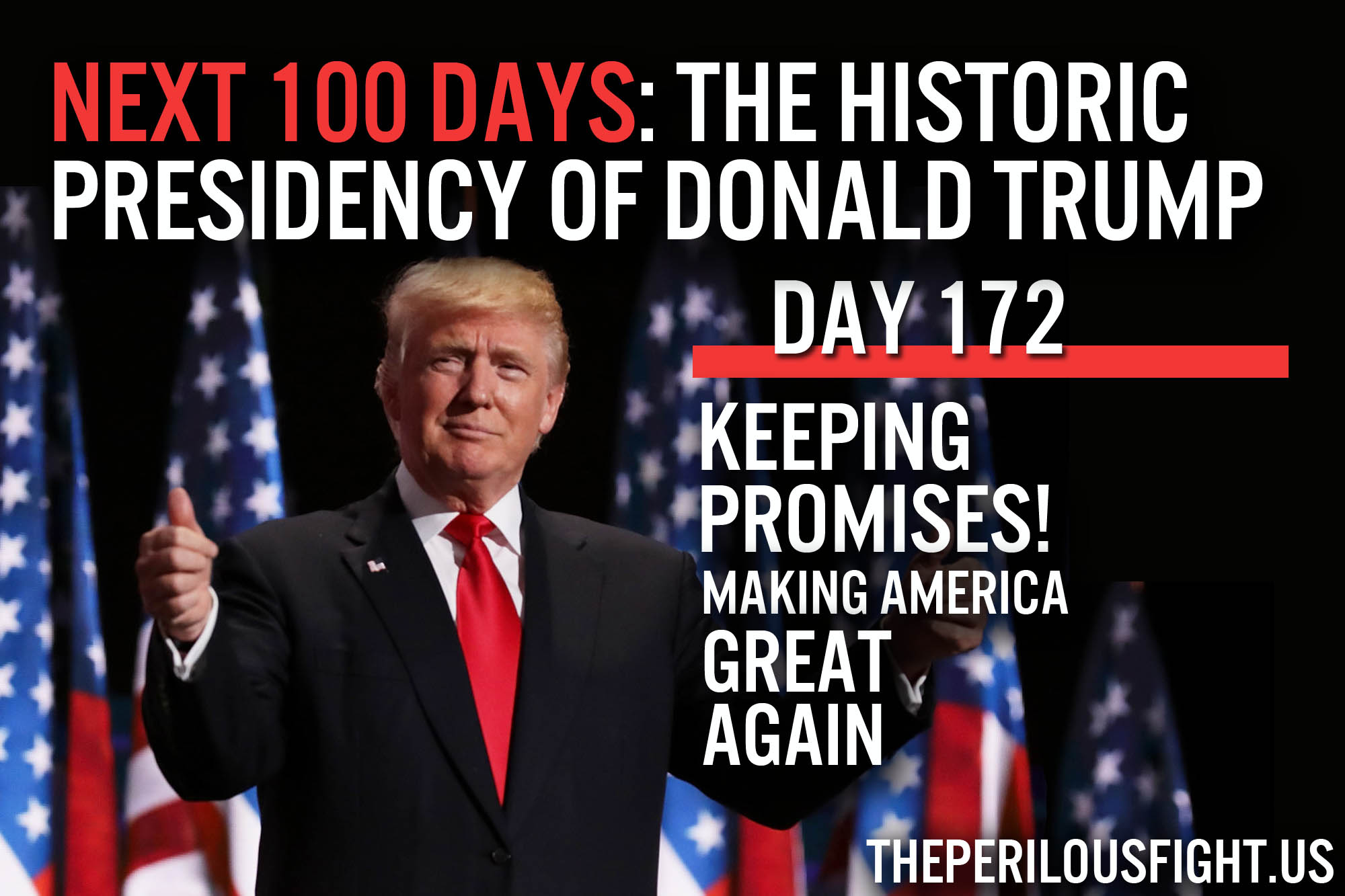 Obamacare has been a disaster, creating higher costs and fewer choices. Americans need relief now. President Donald J. Trump is continuing to work with Congress to repeal and replace Obamacare. The President is committed to finding a solution that works for the American people.

Statement from President Donald J. Trump on the Liberation of Mosul Jul 10, 2017
Today, Iraqi Security Forces, supported by the United States and the Global Coalition, liberated the city of Mosul from its long nightmare under the rule of ISIS. We congratulate Prime Minister Haider al-Abadi, the Iraqi Security Forces, and all Iraqis for their victory over terrorists who are the enemies of all civilized people.
View Press Release

White House Statement on Today’s Announcement from Centers for Medicare and Medicaid Services on Declining Obamacare Insurance Market Jul 10, 2017
Today’s announcement shows that insurers continue to flee Obamacare at an alarming rate. With only half the number of issuers wanting to sell Americans plans on Obamacare’s exchanges today than just two years ago, it is now more clear than ever that Obamacare’s collapse is accelerating and that the American people need real reform.

With costs out of control and choices continuing to dwindle, now is the time for Congress to act.
View Press Release

President Donald J. Trump’s Nominations Face Needless Obstruction Jul 10, 2017
Democrats in the Senate have delayed crucial appointments made by President Trump in an attempt to obstruct the will of the American people and the President’s agenda.
View Press Release

.@jasoninthehouse: Comey went silent when I asked him about his memos, which raised a lot of eyebrows. pic.twitter.com/BfSPpUFeL5

If Chelsea Clinton were asked to hold the seat for her mother,as her mother gave our country away, the Fake News would say CHELSEA FOR PRES!

When I left Conference Room for short meetings with Japan and other countries, I asked Ivanka to hold seat. Very standard. Angela M agrees!

I cannot imagine that Congress would dare to leave Washington without a beautiful new HealthCare bill fully approved and ready to go!

James Comey leaked CLASSIFIED INFORMATION to the media. That is so illegal!

.@carriesheffield: The mainstream media is neglecting their duty to represent the public. They've failed to represent half of the country. pic.twitter.com/7NT3lf5ALV