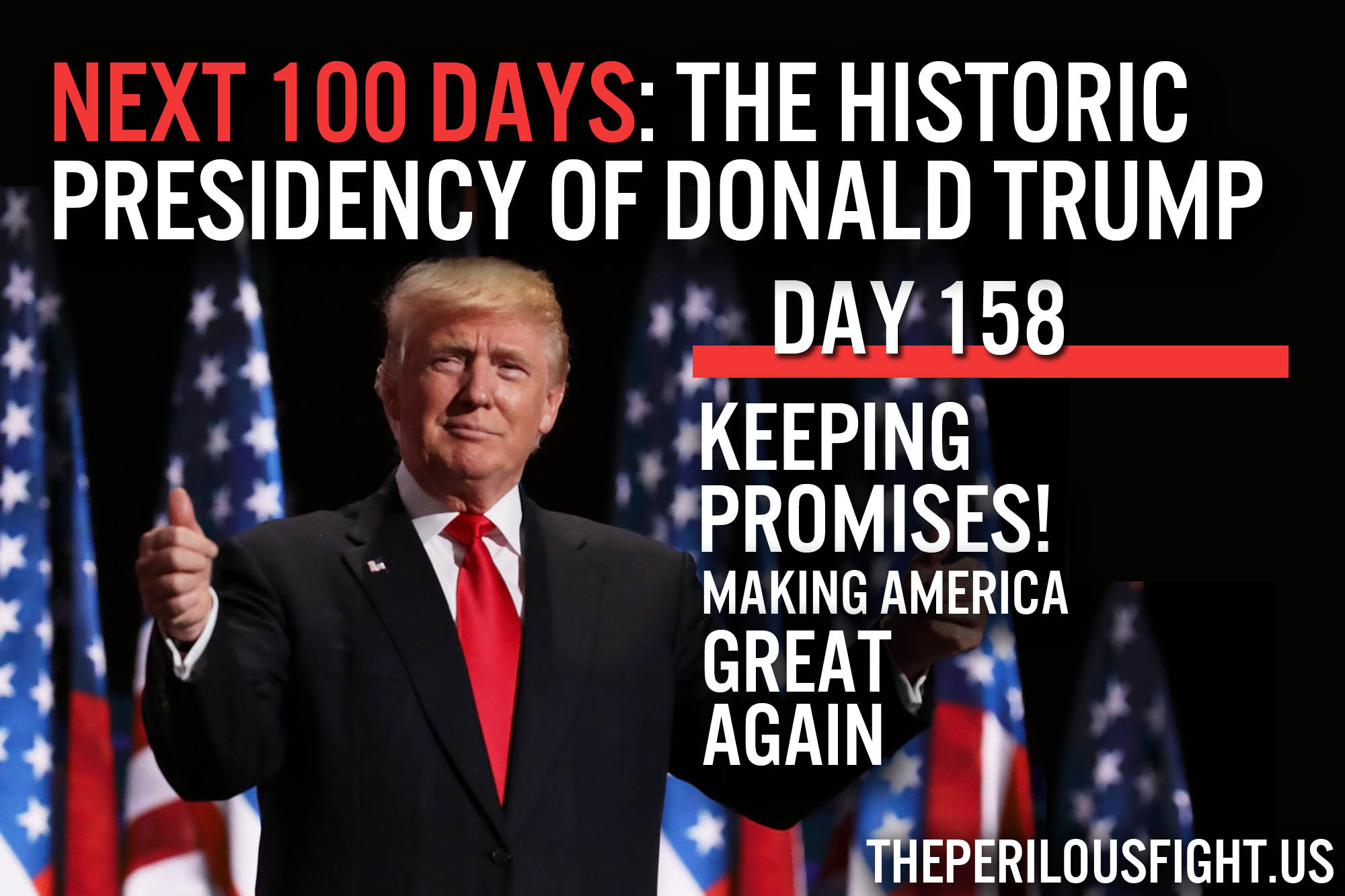 Today @POTUS will welcome the Prime Minister of India, @narendramodi, to the White House. pic.twitter.com/MIi1ifmdAN

The White House – Office of the Press Secretary
For Immediate Release, June 26, 2017

Today’s unanimous Supreme Court decision is a clear victory for our national security. It allows the travel suspension for the six terror-prone countries and the refugee suspension to become largely effective.

As President, I cannot allow people into our country who want to do us harm. I want people who can love the United States and all of its citizens, and who will be hardworking and productive.

My number one responsibility as Commander in Chief is to keep the American people safe. Today’s ruling allows me to use an important tool for protecting our Nation’s homeland. I am also particularly gratified that the Supreme Court’s decision was 9-0.

Very grateful for the 9-O decision from the U. S. Supreme Court. We must keep America SAFE!

The White House – Office of the Press Secretary
For Immediate Release, June 26, 2017

The CBO has consistently proven it cannot accurately predict how healthcare legislation will impact insurance coverage. This history of inaccuracy, as demonstrated by its flawed report on coverage, premiums, and predicted deficit arising out of Obamacare, reminds us that its analysis must not be trusted blindly. In 2013, the CBO estimated that 24 million people would have coverage under Obamacare by 2016. It was off by an astounding 13 million people – more than half—as less than 11 million were actually covered. Then, CBO estimated that 30 million fewer people would be uninsured in 2016, but then it had to reduce its estimate to 22 million, further illustrating its inability to present reliable healthcare predictions.

We know the facts. To date, we have seen average individual market premiums more than double and insurers across the country opting out of healthcare exchanges. As more and more people continue to lose coverage and face fewer healthcare choices, President Trump is committed to repealing and replacing Obamacare, which has failed the American people for far too long.

Republican Senators are working very hard to get there, with no help from the Democrats. Not easy! Perhaps just let OCare crash & burn!

..under a magnifying glass, they have zero "tapes" of T people colluding. There is no collusion & no obstruction. I should be given apology!

The real story is that President Obama did NOTHING after being informed in August about Russian meddling. With 4 months looking at Russia…

…and did not want to "rock the boat." He didn't "choke," he colluded or obstructed, and it did the Dems and Crooked Hillary no good.

The reason that President Obama did NOTHING about Russia after being notified by the CIA of meddling is that he expected Clinton would win..

The Democrats have become nothing but OBSTRUCTIONISTS, they have no policies or ideas. All they do is delay and complain.They own ObamaCare!