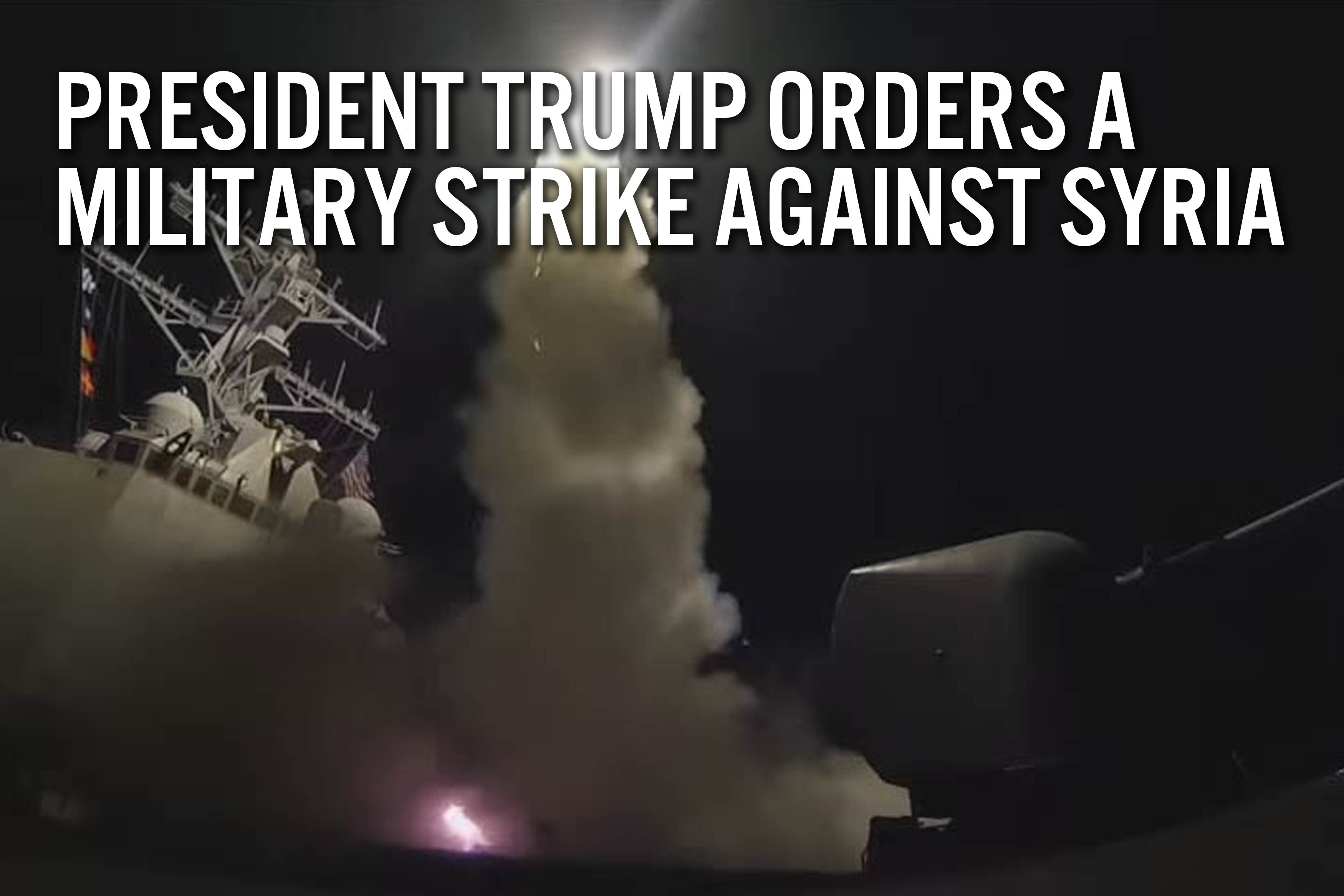 Statement by President Donald Trump On Missile Strike in Syria

President Donald Trump delivers a message to the entire world from Mar-a-Lago on his 77th day in office, announcing that he has ordered a military strike against a Syrian military base in response to the chemical attacks that took place in Syria.

The guided-missile destroyer USS Porter conducts strike operations while in the Mediterranean Sea. Porter, forward-deployed to Rota, Spain, is conducting naval operations in the U.S. 6th Fleet area of operations in support of U.S. national security interests in Europe.

The #USSPorter and #USSRoss fired #Tomahawk missiles into Syria in retaliation for the Assad regime using nerve agents against its people. pic.twitter.com/Ad908k3oIe

Happening now re: Syria: 'It's clear that @POTUS @realDonaldTrump made that statement to the world tonight.'
Sec Rex Tillerson @StateDept pic.twitter.com/fW2v5TOGwI

Happening now re: Syria: 'It's clear that @POTUS @realDonaldTrump made that statement to the world tonight.'
Sec Rex Tillerson @StateDept pic.twitter.com/fW2v5TOGwI

This has divided many Trump supporters. Some believe that the attack in Syria was a false flag perpetrated by Isis and covered by the white helmets, meant to be blamed on Assad to pull us into war. Others believe that it was a good decision showing that chemical attacks will not be tolerated, and to show strength, while some have jumped off of the Trump Train. While the dust settles amongst Trump supporters, it is still yet to be determined what actually occurred in the chemical attacks.

There is no question that the use of chemical weapons is completely unacceptable, however we have learned to always be very cautious when the “White Helmets” are the first on scene to rescue victims, with cameras in hand. The Al-Qaeda linked organization has been known to literally be on stand-by alongside ISIS during roadside executions in order to pick up the body once the execution by the ISIS agent takes place.