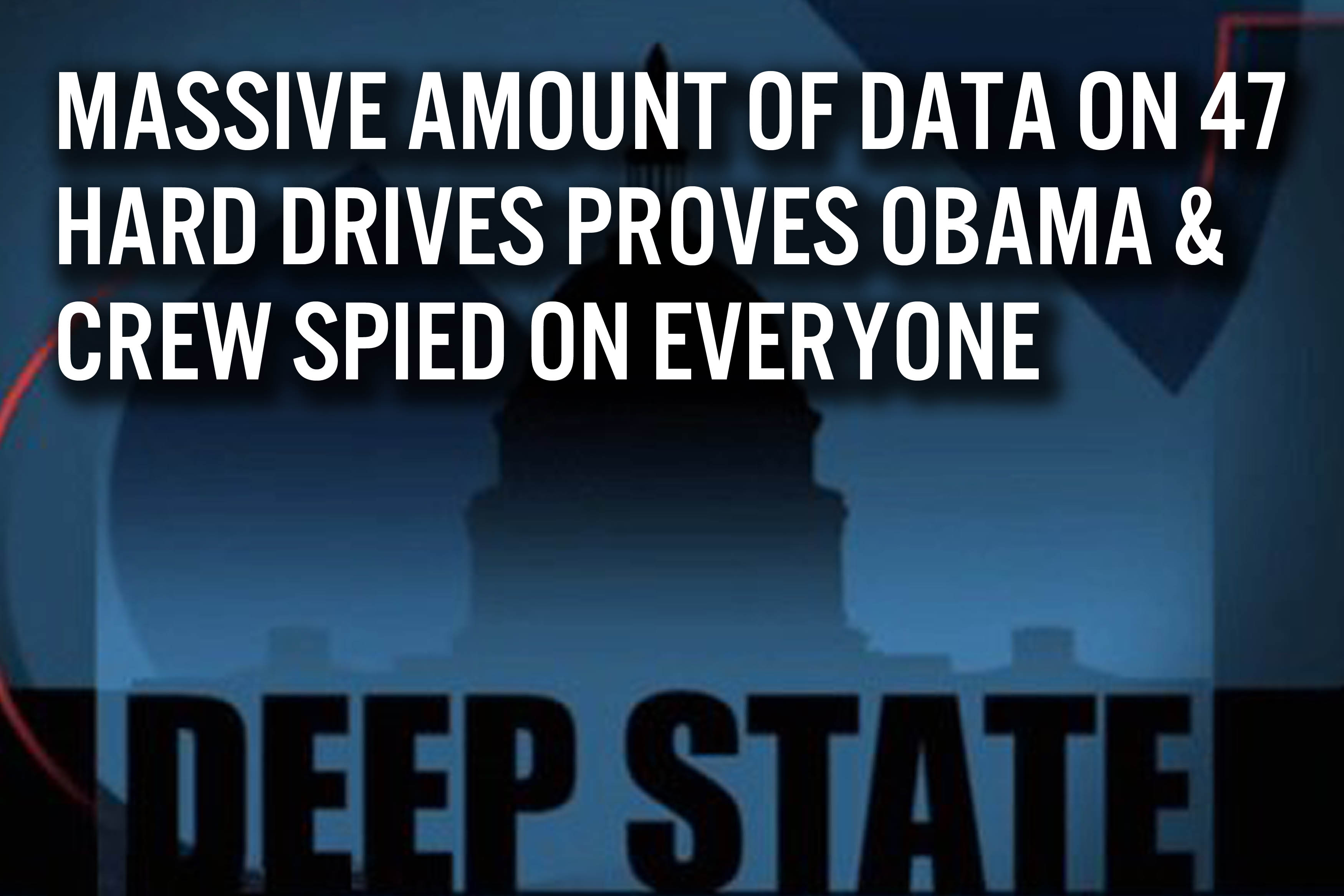 Jim Hoft from The Gateway Pundit reports that a massive amount of data on 47 hard drives from a government whistle blower was turned over to the Freedom Watch group recently. The information proves Obama and company spied on everyone.

Via The Conservative Treehouse:

Freedom Watch notifies congress of a “Deep State” intelligence community whistle blower, Dennis Montgomery, with hundreds of millions of documents showing CIA and FBI and Intelligence Committees were spying on, and conducting surveillance on, American citizens for political purposes.

Mr. Montgomery is trying to use a legal “whistle-blower” process and not follow the same approach as Edward Snowden.

The whistleblower Mr. Montgomery left the NSA and CIA with 47 hard drives and 600 million pages of information exposing the illegal surveillance on prominent Americans during the Obama years including Donald Trump.