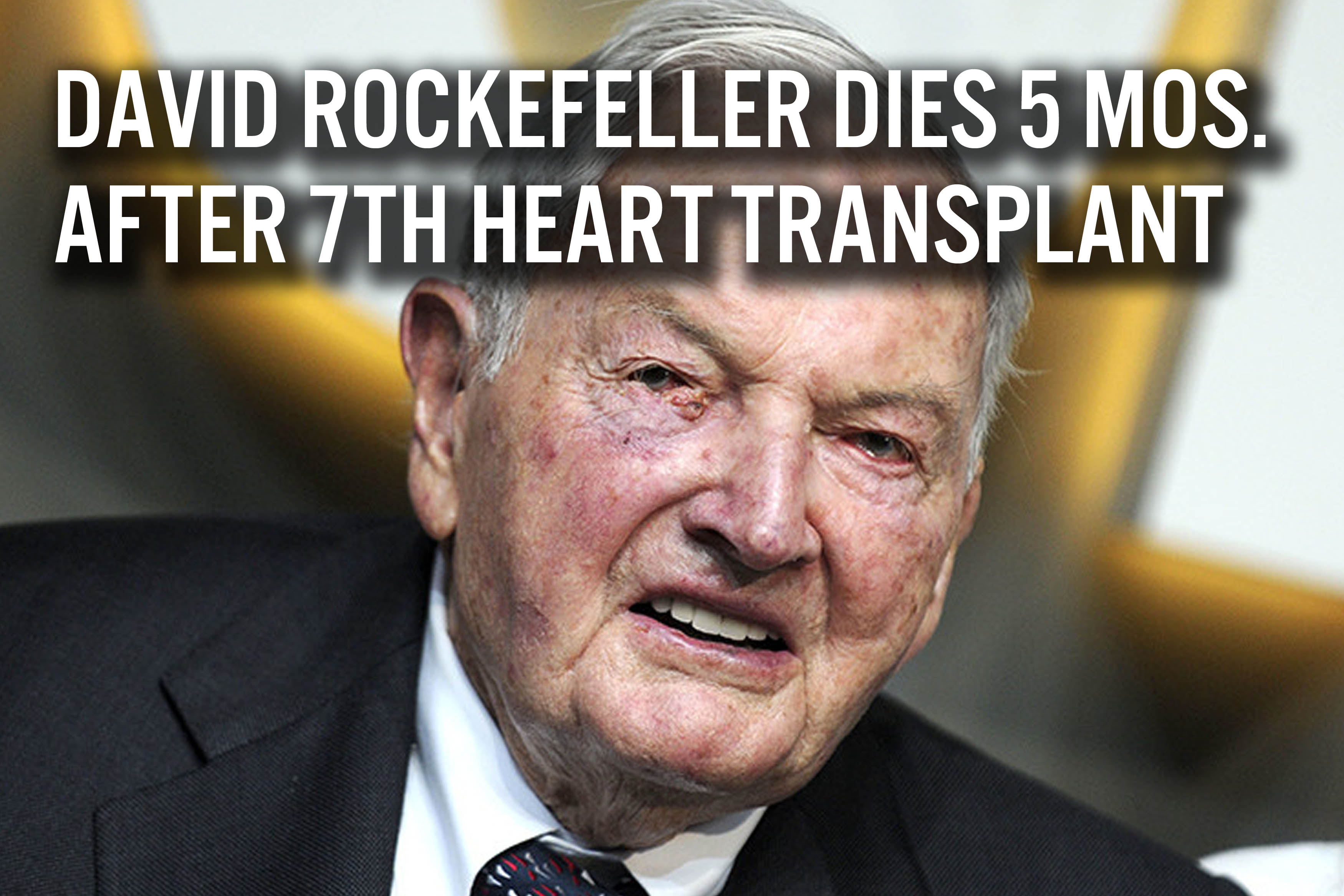 The richest man on the planet, David Rockefeller, dies at the age of 101. Rockefeller, was the last surviving grandson of John D. Rockefeller, the oil tycoon who became America’s first billionaire and the patriarch of what would become one of the most powerful and wealthiest families in American history.

David Rockefeller, an undeniable product of American nobility, lived his entire life in the echelons of U.S. society, becoming symbolic of the elite who often direct public policy to a much greater extent than many realize, albeit often from the shadows.