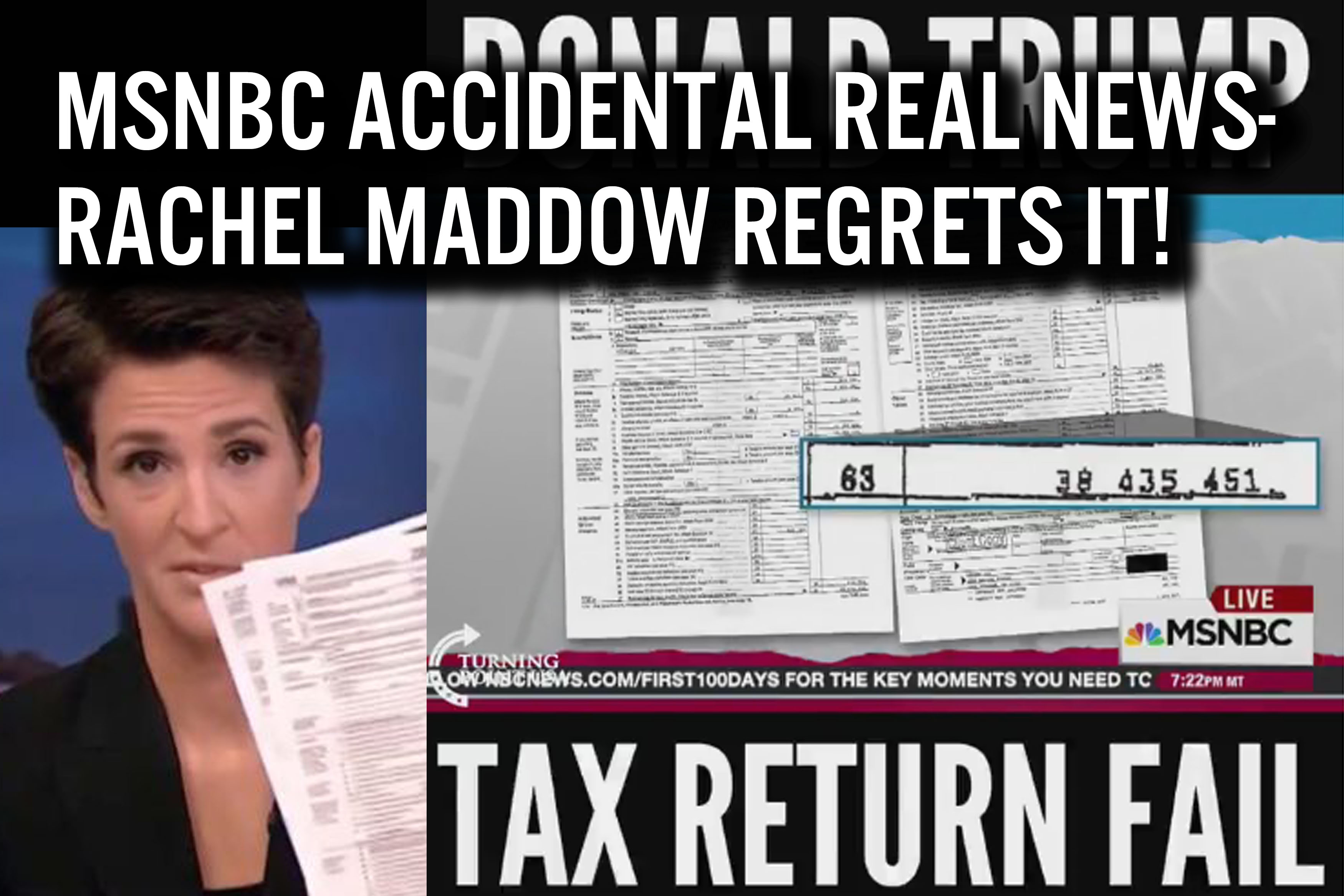 Rachel Maddow jokes that showing #TrumpTaxReturns is safe under the 1st Amendment.. But disregards that getting them was completely illegal. pic.twitter.com/1MN8Ze6AOo

Does anybody really believe that a reporter, who nobody ever heard of, "went to his mailbox" and found my tax returns? @NBCNews FAKE NEWS!

One thought on “MSNBC Rachel Maddow Accidentally Reports Real News And Regrets It!”