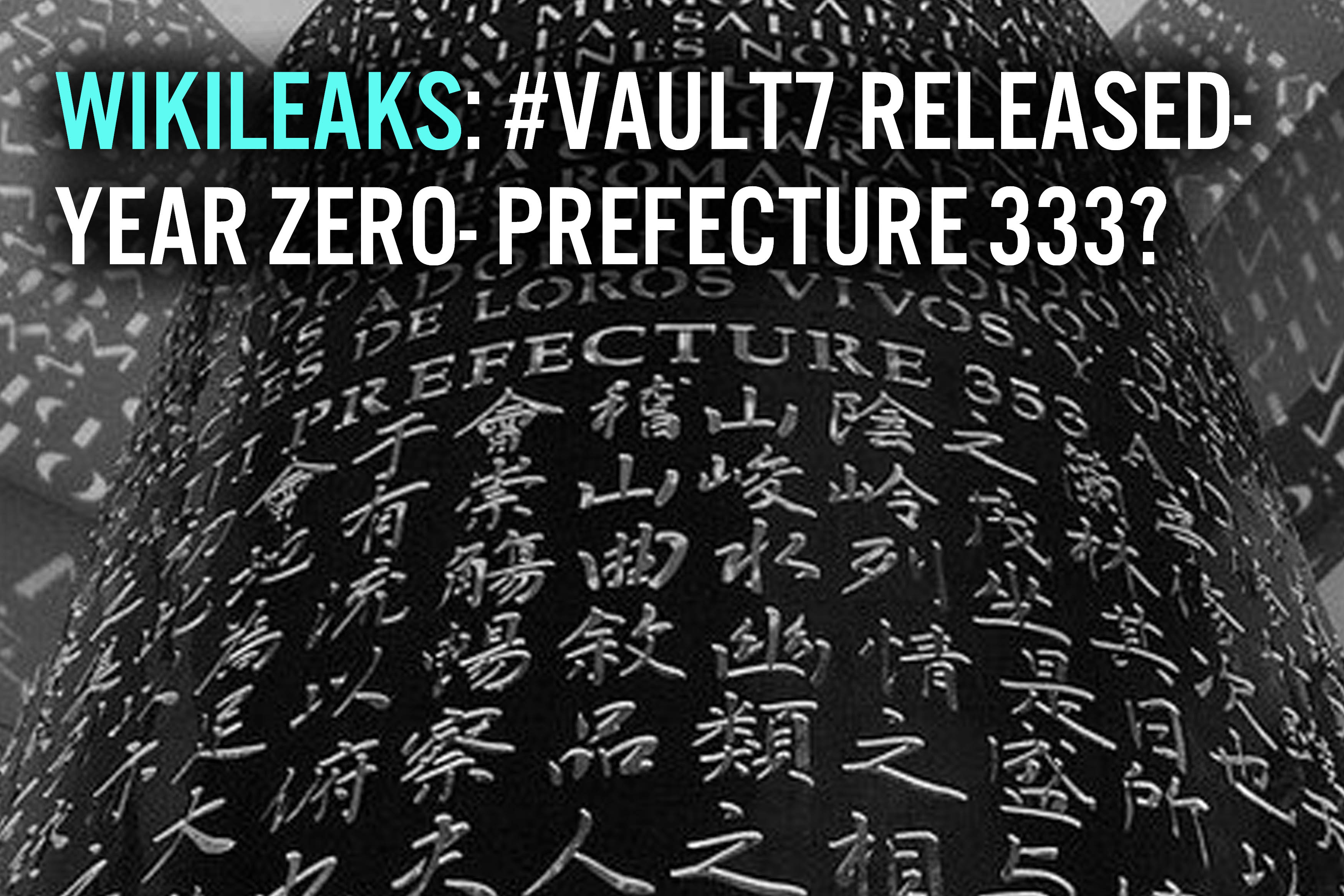 Tuesday 7 March 2017, WikiLeaks begins its new series of leaks on the U.S. Central Intelligence Agency. Code-named “Vault 7” by WikiLeaks, it is the largest ever publication of confidential documents on the agency.

The first full part of the series, “Year Zero”, comprises 8,761 documents and files from an isolated, high-security network situated inside the CIA’s Center for Cyber Intelligence in Langley, Virgina.

Recently, the CIA lost control of the majority of its hacking arsenal including malware, viruses, trojans, weaponized “zero day” exploits, malware remote control systems and associated documentation. This extraordinary collection, which amounts to more than several hundred million lines of code, gives its possessor the entire hacking capacity of the CIA. The archive appears to have been circulated among former U.S. government hackers and contractors in an unauthorized manner, one of whom has provided WikiLeaks with portions of the archive.

“Year Zero” introduces the scope and direction of the CIA’s global covert hacking program, its malware arsenal and dozens of “zero day” weaponized exploits against a wide range of U.S. and European company products, include Apple’s iPhone, Google’s Android and Microsoft’s Windows and even Samsung TVs, which are turned into covert microphones.

– Part one was obtained recently and covers through 2016. Details on the other parts will be available at the time of publication.

ENCRYPTED RELEASE
Use a ‘torrent’ downloader on: https://t.co/gpBxJAoYD5
And ‘7z’ to decrypt.
Passphrase will be made public at Tue 9am ET. pic.twitter.com/MxZQtoaCMK

Adjust the contrast and brightness, and you get this. @wikileaks pic.twitter.com/BV5dbkuf0y

What is Prefecture 333? – Prefectures of the People’s Republic of China