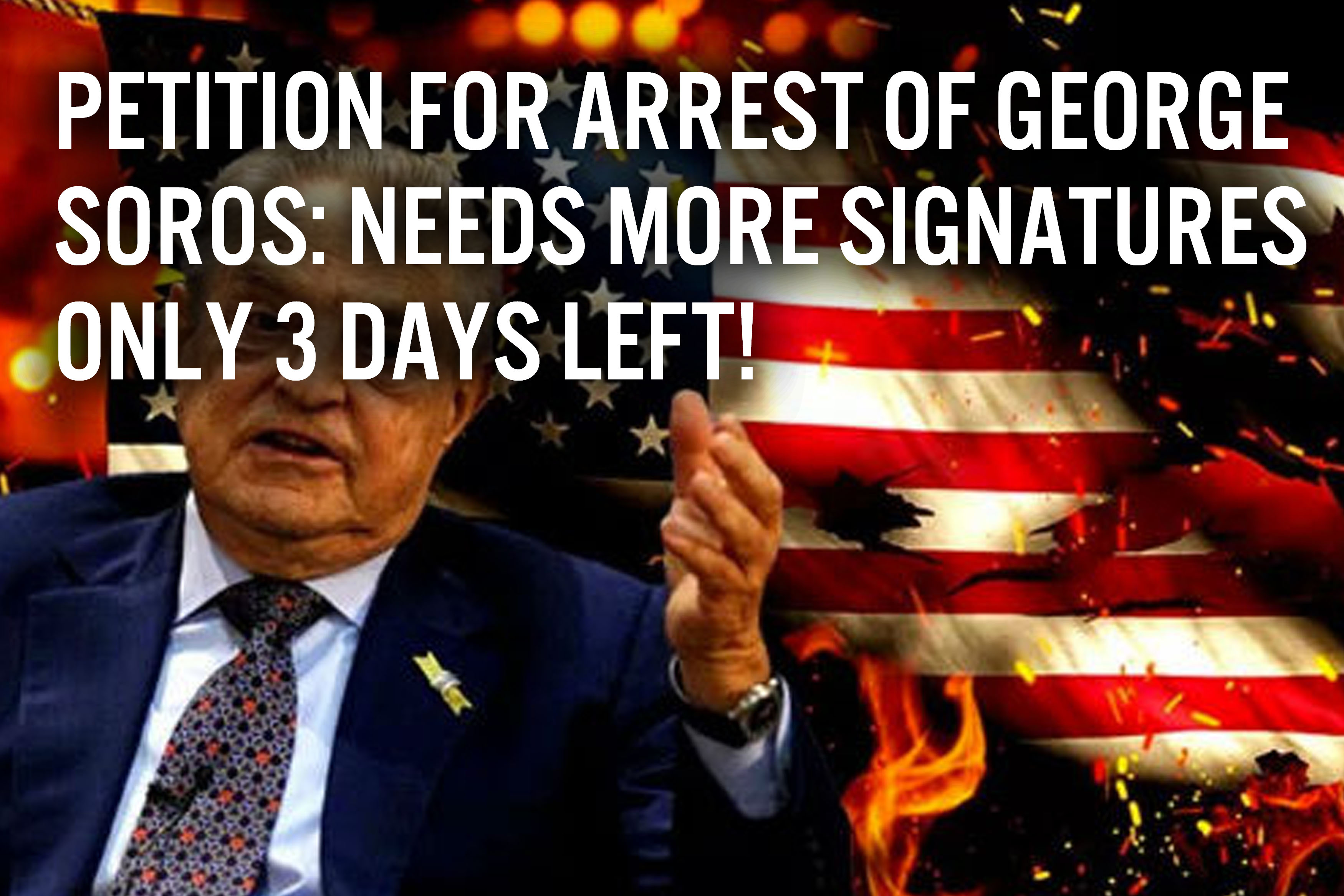 Jack Murphy with the NeonNettle reported on February 10, 2017 that a new White House petition to issue an international arrest warrant for billionaire globalist, George Soros, had been created receiving over 5,500 signatures in the first few hours.The petition needs to receive 100,000 signatures to gain a response from the White House.

On February 9, 2017, calls for Canada to ban all George Soros organizations emerged as other countries like Hungary began clamping down on the Billionaires activities.

Also, Gateway pundit reports: A White House Petition has been created to Issue an International Arrest Warrant for George Soros. The Petition was created a couple of weeks ago and has already received over 5,500 signatures. While this is a lot of signatures it is still well short of the 100,000 needed to get a response from the White House.The petition states:George Soros is a menace to the free world and stands in the way of making America great again. He is guilty of the following crimes:

1) Financially supports open sedition in major American cities resulting in millions of dollars of property damage as well as loss of life.

2) Attempts to manipulate democratic elections by donating millions of dollars to his preferred candidates.

3) Seeks to curtail American sovereignty. In his own words: “The main obstacle to a stable and just world order is the United States … Changing [the] attitude and policies of the United States remains my top priority.”

4) Is a currency manipulator. Soros initiated a British financial crisis by dumping 10 billion sterling, forcing the devaluation of the currency and gaining a billion-dollar profit.