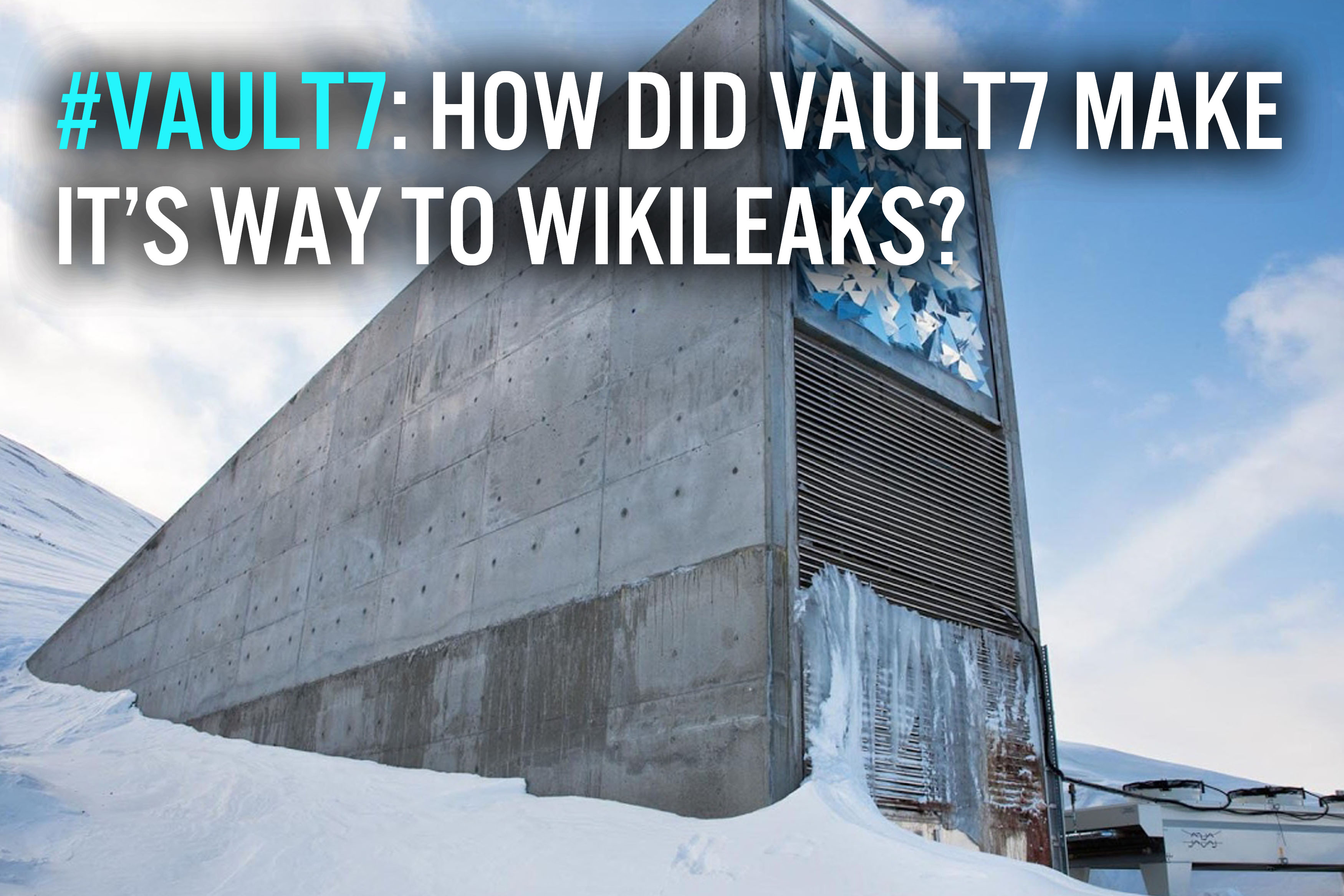 As many of you know, a new Rabbithole has emerged in Wikileaks through their WikiLeaks @wikileaks twitter account.  Beginning on February 4, 2017, when Wikileaks posted a tweet regarding an FBI vault.gov release #6 of Hillary Clinton’s Emails.

The #Vault7 tweets are as follows:

Each post had a corresponding image, all of which we the people have been analyzing to try to figure out the riddle. We are not yet sure if it is an ongoing rabbithole, however Julian Asssange is expected to lose his Asylum in the Ecuadorian Embassy on Feb 19, 2017.

How did #Vault7 make its way to Wikileaks?

How did #Vault7 make its way to WikiLeaks?

How did #Vault7 make its way to WikiLeaks? pic.twitter.com/9lbEPhkR6w

The Ministry for State Security (German: Ministerium für Staatssicherheit, MfS), commonly known as the Stasi(IPA: [ˈʃtaːziː]) (abbreviation German: Staatssicherheit, literally State Security), also State Security Service (GermanStaatssicherheitsdienst, SSD), was the official state security service of the German Democratic Republic (GDR) (Deutsche Demokratische Republik, DDR), colloquially known as East Germany. It has been described as one of the most effective and repressive intelligence and secret police agencies to have ever existed.[3][4][5][6][7][8] The Stasi was headquartered in East Berlin, with an extensive complex in Berlin-Lichtenberg and several smaller facilities throughout the city. The Stasi motto was “Schild und Schwert der Partei” (Shield and Sword of the Party), referring to the rulingSocialist Unity Party of Germany (German: Sozialistische Einheitspartei Deutschlands, SED). Erich Mielke was its longest-serving chief, in power for thirty-two of the GDR’s forty years of existence.

One of its main tasks was spying on the population, mainly through a vast network of citizens turned informants, and fighting any opposition by overt and covert measures, including hidden psychological destruction of dissidents (Zersetzung, literally meaning decomposition). Its Main Directorate for Reconnaissance (German: Hauptverwaltung Aufklärung) was responsible for both espionage and for conducting covert operations in foreign countries. Under its long-time head Markus Wolf, this directorate gained a reputation as one of the most effective intelligence agencies of the Cold War.

“When mailboxes were being observed by #Stasi agents, every person posting a letter was photographed” @wikileaks‘ #Vault7 coming soon… pic.twitter.com/FBESiVhNtR

@deleriyes @wikileaks Good catch! Datto collected something from Clinton’s private server and turned the node over to the FBI pic.twitter.com/Ykx4sPhTU0

Stassi had file on George Soros, including his Nazi era activities. Information exposing him will be released soon.

The “Infamous Spies” design is a parody of the Center for Development and Security Excellence’s “Famous Spies” posters. You can view those here.

Robert Philip Hanssen (born April 18, 1944) is a former U.S. Federal Bureau of Investigation (FBI) agent who spied for Soviet and Russian intelligence services against the United States for twenty-two years from 1979 to 2001. On July 6, 2001, he pleaded guilty to 15 counts of espionage in the United States District Court for the Eastern District of Virginia. He is currently serving 15 consecutive life sentences at ADX Florence, a federal supermax prison near Florence, Colorado without the possibility of parole. His activities have been described by the Department of Justice’s Commission for the Review of FBI Security Programs as “possibly the worst intelligence disaster in U.S. history”.
https://en.wikipedia.org/wiki/Robert_Hanssen

What led to the arrest of Hanssen? A former KGB officer who had gone into private business soon after the KGB turned into the SVR in 1991. He had removed the file from Yasenevo, the Russian foreign intel headquarters. He stashed it away and was willing to sell it. The file traveled from Moscow to FBI headquarters in early November of 2000. The Russian agent turned over the file to the CIA in Moscow.

The FBI paid $7 million for the file made in payments. Included was a tape recording from July 21, 1986 between KGB officer Aleksandr Fefelov and the mole (Hanssen).

The Russian agent is protected by the CIA’s National Resettlement Operations Center. He lives in the US under an assumed name.

On Monday February 27th, 2012, WikiLeaks began publishing The Global Intelligence Files, over five million e-mails from the Texas headquartered “global intelligence” company Stratfor. The e-mails date between July 2004 and late December 2011. They reveal the inner workings of a company that fronts as an intelligence publisher, but provides confidential intelligence services to large corporations, such as Bhopal’s Dow Chemical Co., Lockheed Martin, Northrop Grumman, Raytheon and government agencies, including the US Department of Homeland Security, the US Marines and the US Defence Intelligence Agency. The emails show Stratfor’s web of informers, pay-off structure, payment laundering techniques and psychological methods.

3. (C) Comment: Regardless of legal interpretations, it is a
positive that the GON is stressing NATO’s significance. GON
officials stress the continued relevance of Article Five and
the need for NATO to refocus on reassuring its members on
this point. With Russia’s recent statement of intent (and
actions) to defend its citizens and interests abroad by
whatever means, ambiguities in interpretation of the Svalbard
treaty take on new significance. The Department may wish to
consider: first, our legal view of Norway’s position on NATO
and Svalbard; and second, ways to exploit Norway’s stake
politically (whatever our legal analysis) to make the point
that, as GON indicates, NATO will stand firm in the North.
End Comment
WHITNEY

The photo in the tweet was from 2010, taken at Langley Air Force Base in Virginia, while running a test on a Pratt and Whitney F119-PW-100 jet engine. The jet inspections look for any objects that could damage blades inside the engines. The article that the picture is from talks about soundproof hush houses that are used for jet engine testing. These are sometimes called “vaults.”
https://sgtreport.com/2017/02/what-is-vault7-on-wikileaks/

Kaiseroda salt mine in Merkers. 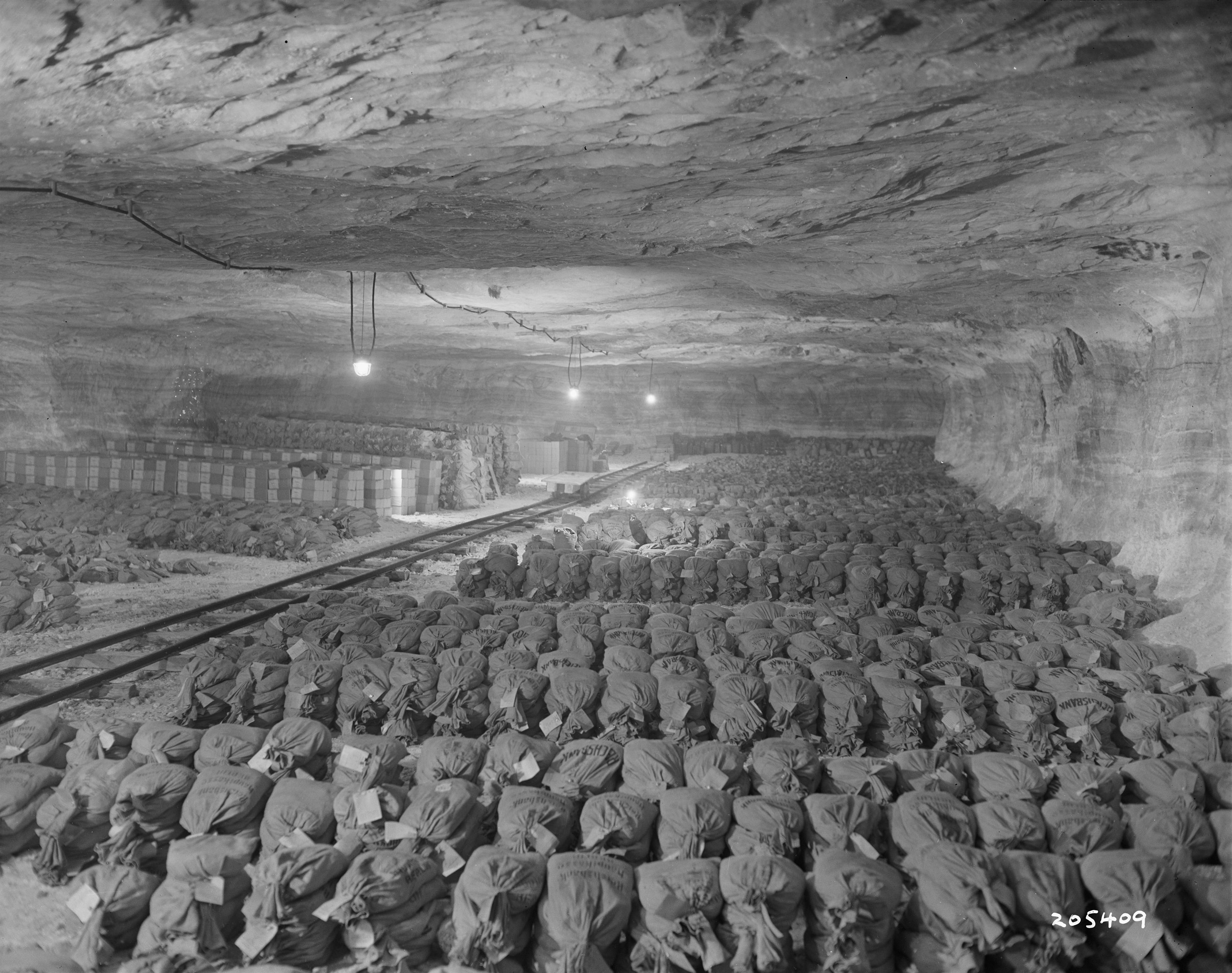 By Cpl. Donald R. Ornitz, Photographer – American Commission For the Protection and Salvage of Artistic and Historic Monuments In War Areas. (06/23/1943 – 06/30/1946) – This media is available in the holdings of the National Archives and Records Administration, cataloged under the ARC Identifier (National Archives Identifier) 5757188.

The two women told Pfc. Mootz that the mine contained gold stored by the Germans, along with other treasures. While Colonel Bernard D. Bernstein, Deputy Chief, Financial Branch, G-5, SHAEF, read about the find in the Stars and Stripes’s Paris edition, 90th Infantry Division engineers blasted a hole in the vault wall to reveal on the other side a room 75 feet wide and 150 feet deep. Bernstein arrived at Gen. George S. Patton’s Third Army Headquarters with instructions from Eisenhower to check the contents of the mine and arrange to have the treasure taken away. While he was there, orders arrived for him to locate a depository farther back in the SHAEF zone and supervise the moving. [Under the Big Three arrangements, this part of Germany containing Merkers would be taken over by the Soviets for military government control after the fighting ended. Bernstein and Barrett spent Tuesday looking for a site and finally settled on the Reichsbank building in Frankfurt.

The Swiss National Bank, the largest gold distribution centre in continental Europe before the war, was the logical venue through which Nazi Germany could dispose of its gold. During the war, the SNB received $440m in gold from Nazi sources, of which $316m is estimated to have been looted.

Vatican
On October 21, 1946, the U.S. State Department received a Top Secret report from US Treasury Agent Emerson Bigelow. The report established that Bigelow received reliable information on the matter from the American Office of Strategic Services (OSS) or CIC intelligence officials of the US Army. The document, referred to as the "Bigelow Report” (oftentimes as the Bigelow dispatch, or Bigelow memo) was declassified on December 31, 1996, and released in 1997.

The report asserted that in 1945, the Vatican had confiscated 350 million Swiss francs in Nazi gold for "safekeeping,” of which 150 million Swiss francs had been impounded by British authorities at the Austro-Swiss border. The report also stated that the balance of the gold was held in one of the Vatican’s numbered Swiss bank accounts. Intelligence reports, which corroborated the Bigelow Report, also suggested that more than 200 million Swiss francs, a sum largely in gold coins, were eventually transferred to Vatican City or to the Institute for Works of Religion (aka the Vatican Bank), with the assistance of Roman Catholic clergy and the Franciscan Order.

@wikileaks #Vault7 In Svalbard, coincidentally evacuated during WWII & occupied by the Germans who also brought over supply ships. RE:Where? pic.twitter.com/XEPPkygFMH

@wikileaks Since @FBIRecordsVault released part 6 of 6 of Clinton’s emails, could #vault7 be (the deleted) part 7 of Clinton’s Emails? 😁

@wikileaks the picture is the Svalbard seed vault. Never heard it referred to as Vault 7. Where are the other 6?