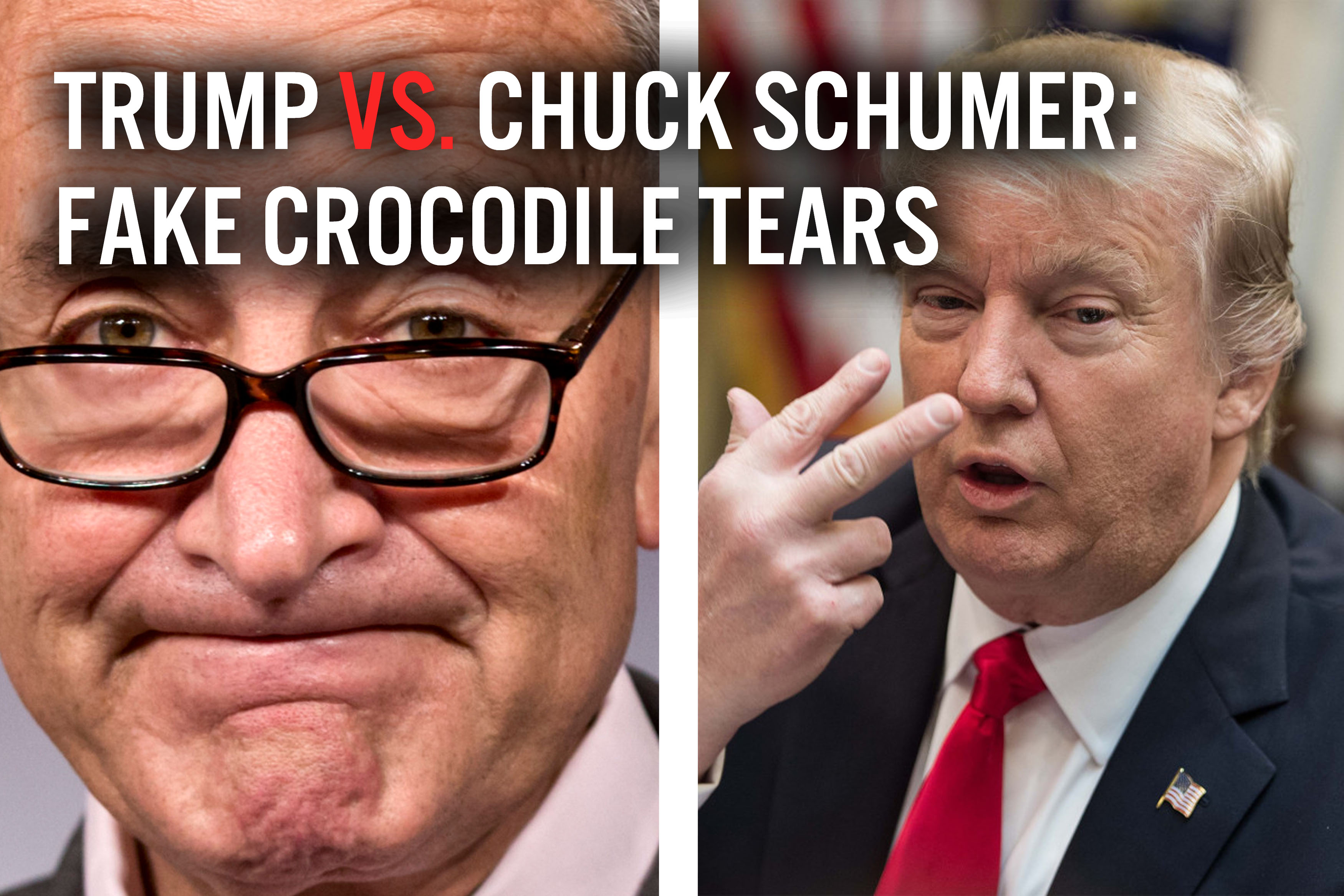 Donald Trump Vs. Chuck Schumer’s Fake Crocodile Tears. Schumer actually thought he had nailed it, and I am sure was very proud. Those of us watching thought it was pretty funny, especially how they think their use of props on stage helps.

It makes it look even more fake. Of course, Donald Trump had to call him out on it, both on camera and on twitter. Chuck Schumer also responded.