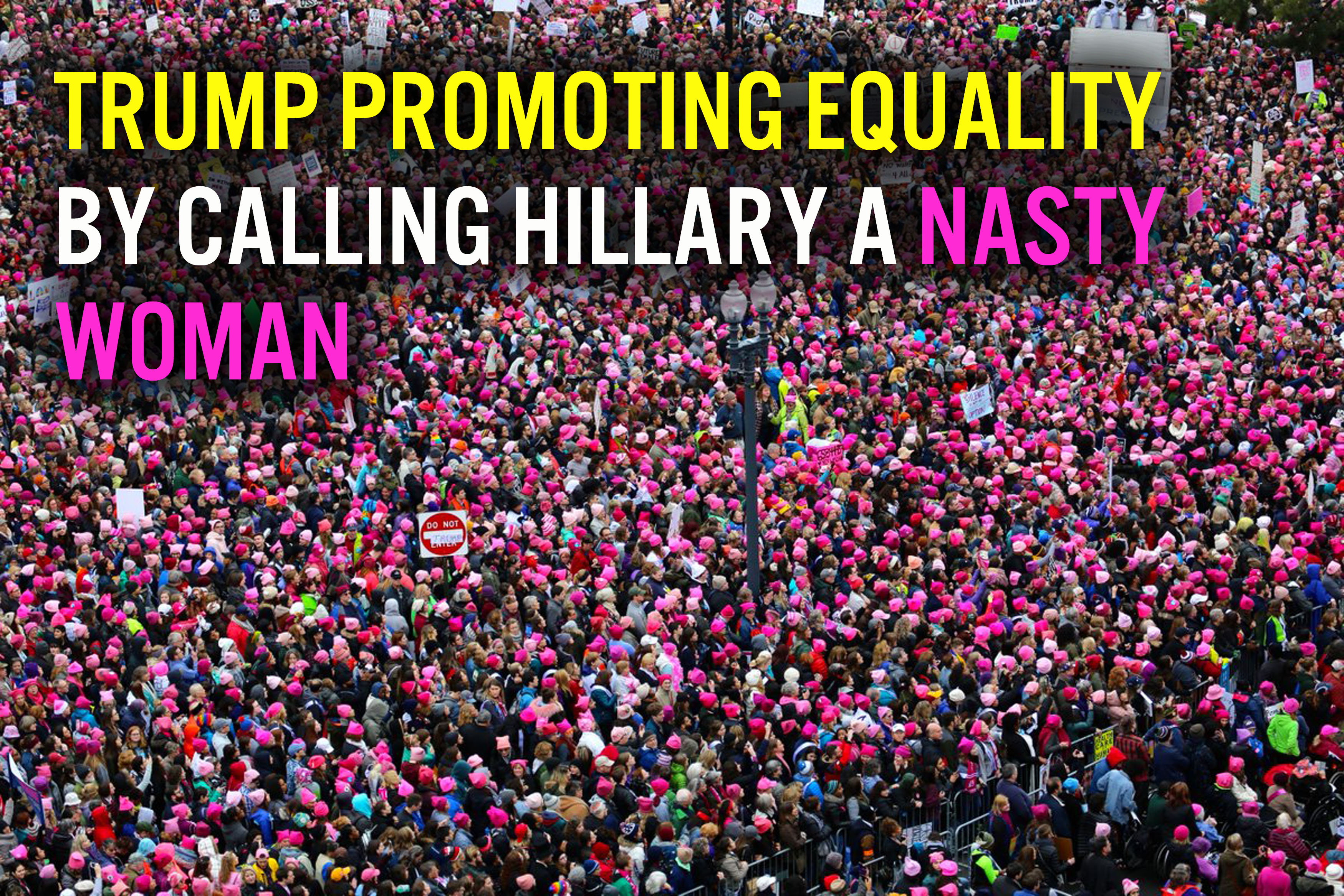 The Women’s March on DC was quite disturbing. Not only did these elite famous women leave a mess all over the streets, but they also left a mess in the minds of a bunch of young girls.

They have proudly adopted the term “Nasty Woman” as a badge of oppression at the hands of Donald Trump’s sexism.

The funny thing is that calling Hillary a Nasty Woman, really had nothing to do with her being a Woman. Not only that, but it would have been downright SEXIST for him not to.

Feminists want equality right? Here is your proof that their beloved “nasty” slogan, is actually proof of Donald Trump practicing EQUALITY for Feminists.