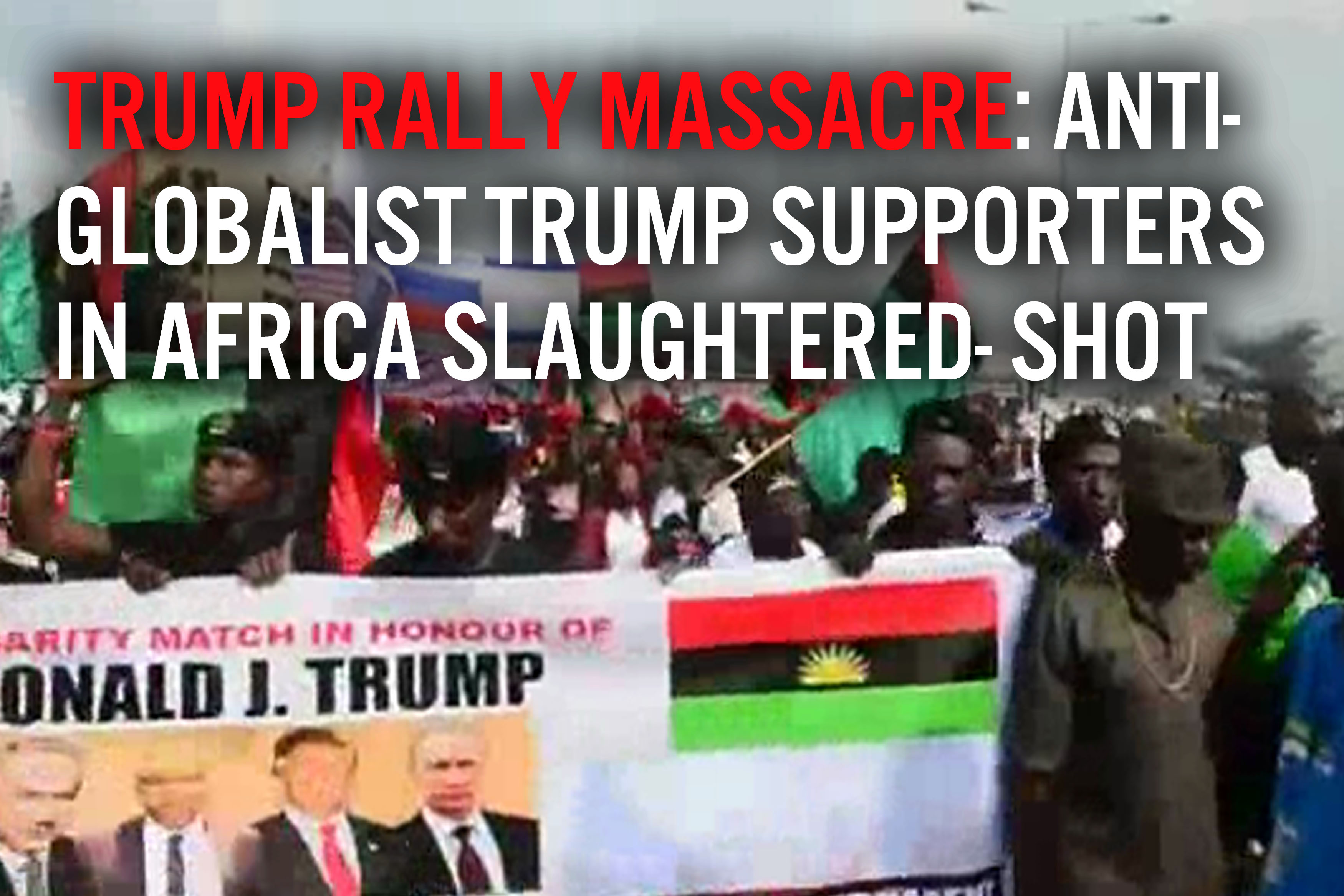 Mary Bernstein Writes: Proudly waving US and her allies flags, Israel and Russia IPOB Indigenous People of Biafra after compliance giving advance notice to the Nigerian Government that they would be assembling jubilation on 1 20 2017, and no objection by the Nigerian Government – 50 were shot dead, scores injured and hundreds imprisoned.

Presidential Candidate 2019 Atiku Abukkar actions speak louder than words. Despite mockingly stating last year in Nigeria that “we are all Biafrans” not once has he condemned the killing of Biafrans.
Atiku Abukkar has been silent about the murder of a US Naval Officer in Nigeria on 1 12 2017 as well as silent about the murder of Biafrans during Heroes Day 2016, sporadically other times and this atrocious slap in the face of the United States on inaugration day of President Trump. Despite an American University set up, countless US Dollars and companies poured into his University and city no condemnation about the treatment of US Soldiers, US Flag and allies flags Israel and Russian burned by military and police in NIgeria. Atiku Abbukar a coward and fickle former friend. May he never step foot on US soil again.

Sources:
Slaughter of Trump supporters Biafrans dancing in the streets of igweocha
https://www.youtube.com/watch?v=cyPRp…